It appears bigger than the Toyota RAV4 Prime in a side-by-side comparison.

Here we can take a look at the first live video of the all-new Toyota bZ4X Concept unveiled yesterday at the 2021 Auto Shanghai, one of the rare motor shows that still exists.

The car is built on Toyota's new e-TNGA platform, dedicated to battery-electric vehicles. The bZ4X Concept in particular is the first of the new bZ (Beyond Zero) series.

The Japanese company intends to launch seven bZ models by 2025 (as part of 15 dedicated BEVs) and the work on them involves several partners - like BYD, Daihatsu (part of Toyota), Subaru and Suzuki (both partially related to Toyota).

In the case of the bZ4X Concept, Toyota's partner is Subaru, which is responsible mainly for the refinement of the all-wheel-drive (dual motor we guess).

"The Toyota bZ4X is an SUV BEV jointly developed with Toyota's partner, Subaru. This new vehicle adopts the e-TNGA BEV-dedicated platform that was jointly developed by the two companies; it takes advantage of the strength of Toyota, which boasts expertise in vehicle electrification, and Subaru, which possesses outstanding AWD technologies, and realizes driving performance that is both comfortable and enjoyable. The characteristics of the Toyota bZ4X are outlined below."

The global market launch of the production version, produced in Japan and China, is expected in mid-2022.

The Toyota bZ4X Concept is quite large - bigger than the Toyota RAV4 - and positioned in the hot crossover/SUV segment, which should make it a hot seller:

Interestingly, besides the standard steering wheel, there might be an optional yoke version:

Below we have gathered most of the videos available about the Toyota bZ4X Concept: 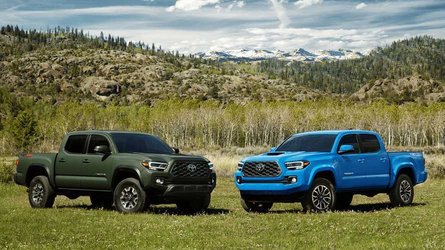 Toyota Confirms Electric Pickup Truck 'In The Near Future' 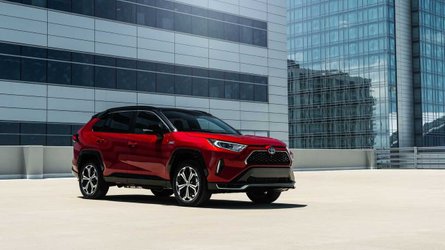 Toyota RAV4 Prime Listed Among US' Fastest-Selling New Cars
By: Mark Kane
++
Got a tip for us? Email: tips@insideevs.com