Wuling and Tesla take the podium.

Despite the fact that February is a slow month for car sales in China, in 2021 it was the best February for plug-in electric cars ever.

The market remains deeply dominated by all-electric cars, which are responsible for the majority of the volume. 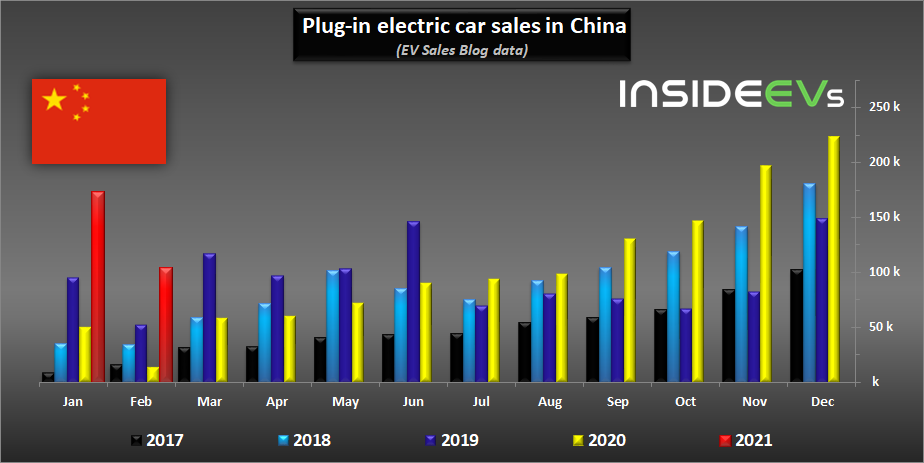 The best-selling model is the tiny Wuling Hong Guang MINI EV with more than 20,000 units (manufacturer report, which differs from CPCA) and already almost 57,000 YTD.

The next two steps of the podium belong to Tesla cars - Model 3 and Model Y, which is quite an achievement.

In fourth place we can see another small electric car, the Great Wall Ora R1 / Black Cat, and the fifth is the all-electric versions of the BYD Han.

The top five for the month:

We would not bother much with the year-to-date numbers just yet, as it changes a lot in the beginning of a year.

An important note is that in February, Tesla had a 12% market share in the passenger plug-in electric car market in China. Not as high as SAIC-GM-Wuling (22%), but it's the only high result achieved by a non-Chinese manufacturer.

Top 20 models for the month and for the year by EV Sales Blog: