Volkswagen ID.4 Arrives In The U.S. With First Batch Now At Dealerships

This week, the first batch of Volkswagen ID.4 customer cars arrived in the U.S. The manufacturer has released a few images of the cars and happily announced "The all-electric VW ID.4 SUVs have arrived!"

In the video above, Heritage Volkswagen Catonsville shows the transport from the Port of Baltimore on Monday (March 8, 2021).

"The first ever ID.4 EV in the country was delivered to our store on Monday! From the Port of Baltimore all the way to Catonsville, come along for the ride."

We knew that the ID.4 deliveries were finally coming as the first group of customers received notifications about the expected delivery in March.

The market launch was originally planned for late December 2020, but then delayed by about a quarter, as the company was busy producing and delivering as many EVs as possible in Europe (to lower its annual average CO2 emission of new cars).

It's not clear how many cars Volkswagen shipped to the U.S. Our guess is anything from 50 to 500, maybe more, but it's hard to say whether it would be in the four-digits right away, starting with the first month.

Considering the high interest in the ID.4, we can safely assume that ID.4 should be among the top-selling electric cars, aside from Tesla, which is in a different league compared to other BEVs in terms of volume.

While the first cars were produced in Zwickau, Germany, at some point in the future Volkswagen intends to start local production of the ID.4 at the Chattanooga plant in Tennessee. The original plan was 2022, but with the most recent situation with SK Innovation it's not known for sure. 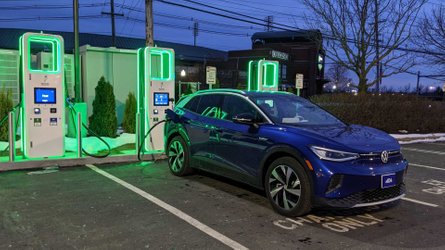 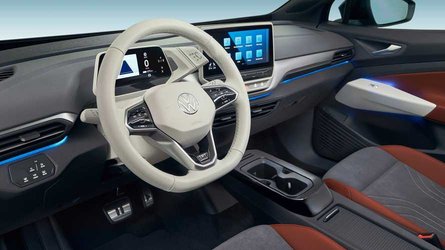 Volkswagen's First Over-The-Air Software Update Is Coming Soon
By: Mark Kane
++
Got a tip for us? Email: tips@insideevs.com