The Casa Grande City Council immediately approved the project, though it asked Lucid to make a few revisions before breaking ground.

Based on a recent report, including documents obtained by Teslarati, Lucid has received official approval to move forward with the second phase of its EV production center in Casa Grande, Arizona.

Lucid has big plans for the production of its upcoming Air high-performance EV. It plans to build the all-new vehicle at its future factory in Casa Grande, Arizona. As you can see from earlier images of the factory, it appears to be well underway, though construction has been ongoing since December 2019. Lucid completed Phase 1 in December 2020.

Lucid says the Phase 1 portion of the factory is capable of producing some 30,000 vehicles per year. Still, it has been planning to expand since the beginning, and now, documents prove that approval for Phase 2 has been officially granted.

According to Teslarati, Lucid applied for the expansion at the beginning of March 2021. The Casa Grande City Council has already approved the massive expansion, which will add 2,400,000 square feet. The application provides the following information via Teslarati:

“Lucid Motors, Inc. is planning to develop Phase 2 of a car manufacturing facility within the city of Casa Grande at the Southwest corner of Peters Road and Thorton Road. The proposed development encompasses ±500 acres of land...

In Phase 2, Lucid Motors is proposing to construct an approximate 2,400,000 SF of mechanical/industrial building space and approximately 3,000 parking spaces on approximately 152.36 acres."

The documents secured by Teslarati outline the Phase 2 expansion, with reference to general assembly, stamping, body in white, warehousing, a powertrain plant, and multiple support and auxiliary structures.

The council conditionally approved the project on March 4, 2021, though it asked Lucid to make a few revisions before breaking ground. To see the whole report and more details, follow the source link below. 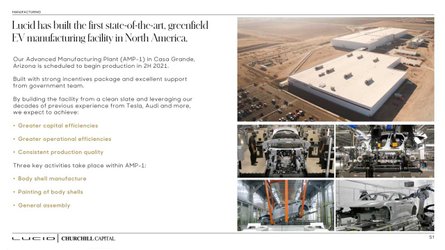 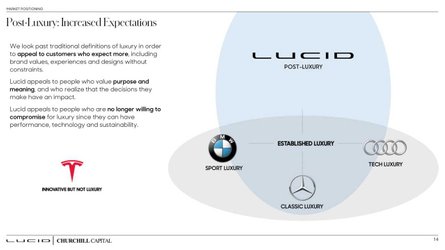 Lucid Postpones Production, But Pokes Fun At Tesla About Luxury