Tesla Starts Reimbursing For MCUs Due To Recall, But There Are Some Issues

Owners who paid for the MCUv2 do not know for sure if they are eligible or not.

We thought the last episode of Tesla’s MCU soap opera would be its vice president for legal affairs claiming the computers were wear parts to oppose the recall. Yet, it seems we will still see some plot twists, such as with the reimbursement process. Opening the claim forms was not without some controversy, as a Reddit thread shows.

The Reddit user that started the discussion seemed happy to announce Tesla was now accepting claims for reimbursement. To be more specific, the company would be sending email messages to affected owners asking them to enter what it calls “eMMC reimbursement request form” through a link in the email message.

Customers are asked to submit the required information and to wait up to 60 days for a response on getting a reimbursement or not. However, some Reddit users were already concerned about receiving the money back or not, especially those who bought the MCUv2 upgrade to avoid new issues for good.

While Tesla charged up to $4,000 on a new MCUv1 that would eventually fail again, it asked $2,500 for the MCUv2 upgrade. A little before announcing the recall, Tesla lowered the price to $1,500.

In its FAQ about the problem, Tesla said that buyers who got the upgrade would also be eligible to the reimbursement “up to the cost of the 8 Gb eMMC repair available at the time of your upgrade.” It is not clear how much that repair cost nor about which repair Tesla refers to.

If it is the warranty fix it offered since November 2020, the repair was for free. We have no idea how much Tesla charged for that from the people that did not have warranty coverage anymore. Anyway, it was probably not much. The repair consisted of replacing the VCM daughterboard in which the eMMC memory card was installed. If you were charged for that replacement or know anyone who has, please let us know how much it cost.

To make things even more complicated, Tesla’s Part 573 report refers to the MCUv2 as a production correction. Some clients could demand the MCUv2 as the proper fix instead of the VCM daughterboard replacement based on that document. Some people plagued with MCU issues also said they are due to FPGA (field-programmable gate arrays) errors.

FPGA is a programmable silicon chip installed in the motherboard of MCU. It handles a video overlay for the backup camera in the MCU. We talked about it with Jason Hughes (the Tesla hacker), and he mentioned he has not seen any failures on this “outside of a water-flooded MCU. A failure would either result in no backup camera or no MCU video.”

If the FPGA is also an issue, that would mean the VCM daughterboard's replacement is not enough to fix the glitches. Only a complete replacement of the multimedia computer would solve the problem. 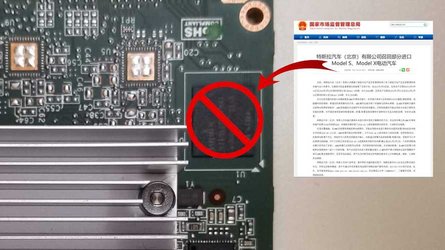 Tesla Recalls 36,126 Model S And Model X Units In China Due To MCU 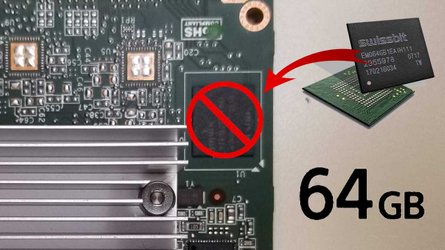 In the Reddit thread, some customers that replaced the MCUv1 with the MCUv2 upgrade will soon receive a check. Others reported that they were not eligible because they would have bought the upgrade without eMMC memory card issues, something that they deny. Some even said they are just waiting for the class action to emerge so that they can join it.

It seems that the reimbursements will largely depend on what the customers have told their Service Centers and, more than that, what they can prove that was said in these situations. If you just replaced one MCUv1 for another, you may soon get your money back without the same concerns.