India's EV market is small, but it believes it could be an export hub.

According to recent reports, India is willing to offer Tesla incentives to make sure production costs in the country are lower than they currently are in China. India's Transport Minister Nitin Gadkari shared the plan with Reuters.

Interestingly, the minister's offer came shortly after Tesla CEO Elon Musk registered Tesla as a company in India. Reports suggest the American electric automaker will move into India as soon as the middle of this year. Other sources point to Tesla first importing and selling Model 3 vehicles in India. Gadkari shared in an interview:

"Rather than assembling (the cars) in India they should make the entire product in the country by hiring local vendors. Then we can give higher concessions."

"The government will make sure the production cost for Tesla will be the lowest when compared with the world, even China, when they start manufacturing their cars in India. We will assure that."

As the global EV race accelerates, and it's not just between Norway and the United States, India, much like many other countries, is working to secure its future. It wants to ramp up local EV and battery manufacturing, among other EV-related components.

With that said, India is currently far behind other markets when it comes to electric cars. Reuters reported:

"India's fledgling EV market accounted for just 5,000 out of a total 2.4 million cars sold in the country last year as negligible charging infrastructure and the high cost of EVs deterred buyers."

Meanwhile, China accounted for over a third of Tesla's global sales in 2020. About 1.25 million "new energy" passenger vehicles were sold in China in 2020 alone. 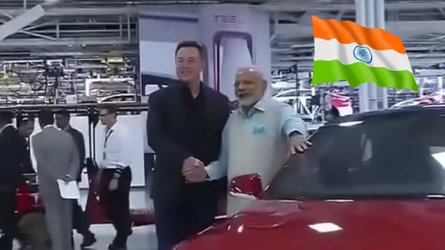 Tesla Will Have A Plant In India, Chief Minister Says: Giga Tumakuru 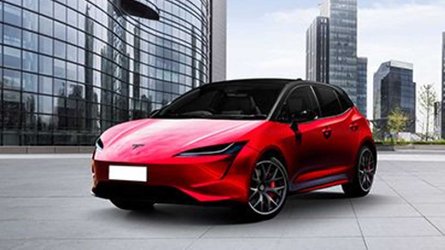 Still, Gadkari looks at the prospects of Tesla moving into India as a win-win. He also believes India could become a major exporting hub for Tesla. With cheap manufacturing costs and the ability to ship out vehicles to global markets, Tesla could certainly stand to benefit.

India is currently said to be working out production-linked incentive plans for EVs and EV-related ventures. Details are forthcoming.