Microlino 2.0 Prototype Is Ready, Production To Follow By September

The legal issues with Artega were a blessing in disguise.

It has been almost a year since we last spoke about the Microlino. Micro-Mobility presented the Microlino 2.0 in March 2020,, and it was developing the electric bubble car ever since. The presentation of its first prototype and its structure's images show that the legal problems it had with Artega were actually a blessing in disguise: what a better product the Microlino 2.0 it seems to be.

If you do not remember the story, Micro-Mobility hired an Italian company called Tazzari to produce the Microlino, and it discovered Artega bought Tazzari with the intention to manufacture a competitor to the Microlino called Karolino.

After months of legal battle, Micro-Mobility made a deal with Artega that allowed it to produce the Karolino, now renamed as Karo, in exchange for getting the Microlino production to another supplier. Cecomp, an Italian company famous for building prototypes and the Icona Vulcano, is now in charge of the Microlino 2.0.

It took them all this time to develop the new and highly improved electric bubble car, but it seems it was worth it. We have already told you it has a wider rear track – for more stability – more room and a more modern design. Compare below the body structures of the original Microlino and that of the car that will finally go on sale.

The Microlino abandoned the tubular frame that will be offered by the Artega Karo and received a unibody “made out of pressed steel and aluminum parts” that allowed for a safer cabin without weight increase.

The first prototype still misses some of the features the final car will offer, such as a LED light bar under the windshield, but it is still confirmed for the production car, and even for the next four prototypes Cecomp and Micro-Mobility plan to build.

The next step is homologation, which the Swiss company expects to be completed by August. Cecomp will already be manufacturing pre-series cars for test drives. In the timetable presented by Micro-Mobility, sales should start on September 21. Considering the first prototype was expected to be ready by February 21 – and it already is – we would not be surprised to see the Microlino 2.0 for sale earlier than that.

With a price tag of €12,000 and a range of 200 km (124 miles), the Microlino 2.0 will probably have a lot of demand in European cities, especially when compared to the Artega Karo. 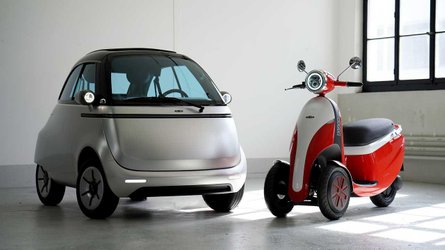 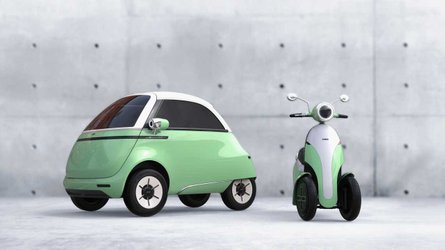 Micro-Mobility Will Have The Microlino 2.0 Without A 1.0 For Sale

There have been some plan changes, apparently. A brochure says it will still have a Karo Intro edition costing €18,483 without VAT and a Karo Edition with a €15,122 price tag, also without VAT, as we reported on January 2, 2020. To be among the first ones to buy it, you have to live in Germany and make a €2,500 deposit.

The main difference relates to deliveries. When we last wrote about the Karo, the plan was to start deliveries in April 2020. Artega now promises the first production batch for 2021 but does not mention specifically when.

20 Photos
By: Gustavo Henrique Ruffo
++
++
Got a tip for us? Email: tips@insideevs.com