Made by Nanoramic, it is expected to be in mass-production cells and supercapacitors in 2023.

When we talk about battery advancements, the ones that come to mind first are new chemistries and solid-state batteries. What if current cells could see a boost of up to 30 percent in energy density? That would allow 18650 and 2170 batteries – currently between 240 Wh/kg up to 270 Wh/kg – to reach more than 350 Wh/kg. This is what Nicolò Brambilla, CTO at Nanoramic, says Neocarbonix can do.

If you make the calculations based on 240 Wh/kg, the increase almost reaches 50 percent. When you take 270 Wh/kg as a reference, there’s a gain of almost 30 percent. Translate that into range improvements in an electric car, and you’ll see that is very desirable.

Neocarbonix is a composite electrode. According to Brambilla, it achieves that in a way that may sound simple but has certainly made engineers and scientists lose some nights of sleep. The trick is to get rid of polymer binders and primers.

“You can think of Neocarbonix as a process to form a carbon structure in electrodes that is both the binding agent and conductive additive, thus brings significant cost and performance benefits. All this in a conventional scalable factory.”

As the video above shows, the polymer binders age and break due to high temperatures and voltage. To avoid losing conductivity, they need additives. Neocarbonix would resist both high voltage and temperature well without losing properties. That means a battery with the composite electrode would last longer. Anyway, that is just one of the advantages it promises, according to Nanoramic’s CTO.

Brambilla explains that in more detail.

“With the Neocarbonix technology, we are able to create a 3D carbon structure that works as a scaffold holding active material particles together (e.g. NMC cathode or Si anode). This structure has good mechanical binding properties and therefore is well suited to remove or reduce polymer binder utilization.”

Those properties work both for cathode and anode applications.

“In cathodes, it completely eliminates the need of PVDF binders, which are expensive, not environmentally friendly, and decrease electrical conductivity of an already low conductivity material such as NMC. Removing PVDF opens the doors to an even bigger shift: the removal of the NMP solvent from the cathode slurries, which is one of the main causes of high cost for electrode production and solvent recovery. We can use other solvents that are environmentally friendly and much easier to process and to dry, which results in about 30 percent lower energy consumption in a Gigafactory.

As for anodes, Neocarbonix is applicable to water based slurries, and binders can be eliminated or reduced depending on the type of anodes. In anodes, Neocarbonix is an enabler of silicon-dominant anodes, where metallurgical silicon or silicon oxides (not expensive, engineered particles) are used as active materials. The 3D structure is a great fit for those materials that have expansion issues during charging.”

It is probably a mystery why batteries do not apply Neocarbonix right now if it has such great properties. Brambilla told InsideEVs that will change in two years.

“We are working with the whole battery ecosystem. Material suppliers (e.g. cathode or anode powder suppliers), battery manufacturers, automotive and consumer OEMs. We are in the process of qualifying this technology and have it mass-produced in 2023.” 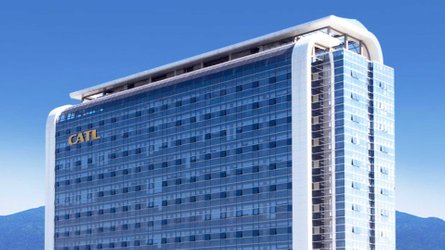 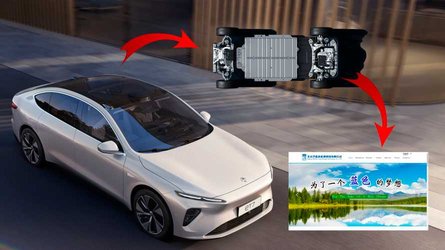 Nio May Bring A New Company To The Solid-State Stage: Solid State Lion

Considering solid-state batteries may emerge as soon as 2024 as viable options, it may seem Nanoramic would have to rush, but that’s not the case. According to John Cooley, the company’s president, Neocarbonix can be used with any sort of battery. Brambilla complements that.

“You can think of Neocarbonix as a technology platform based on an R2R industrial scalable process. We can use this process to manufacture any electrode used in energy storage devices. Li-ion batteries and supercapacitors are the most obvious applications. Need more energy density while improving charging or discharging times without redesigning the whole battery? That’s where Neocarbonix is a great fit.”

One irony Nanoramic holds is one of its main investors: NGK Spark Plug, a Japanese company with a clear business field. If Neocarbonix is as good as its executives claim, at least one legacy supplier will be happy to believe in batteries.