Just like in Germany, also in France, December 2020 was the culmination of the EV rush in 2020. Manufacturers were in a hurry to sell as many plug-ins as possible (to comply with CO2 requirements in the European Union), customers were in a hurry to take advantage of incentives, and there were simply many new, attractive models.

All-electric cars still stand for the majority of plug-in car sales, but plug-in hybrids are growing much quicker (522% in December):

Those are really extraordinary results, especially in contrast to the challenging economy, and declining passenger car market (down 12% year-over-year to 186,323).

Cumulatively, there are some 470,295 plug-in electric cars registered in France, and most of them were bought in the last two years.

In December, the Renault ZOE with 5,978 new registrations almost hit a new record (the previous was 6,012 in June). No other model was even close.

A big surprise is 2,550 registrations for the Volkswagen ID.3, which happened to be the second most popular model! There are more such surprises, in third was the Dacia Spring Electric (1,721), fourth was the Fiat 500 electric (1,454) and fifth was the Renault Twingo Z.E. (1,353). All of those models are just entering the market.

The Peugeot e-208 this time disappointed with a relatively low result of 1,165 (compared to its initial months). The Tesla Model 3 was seventh with 878 units. 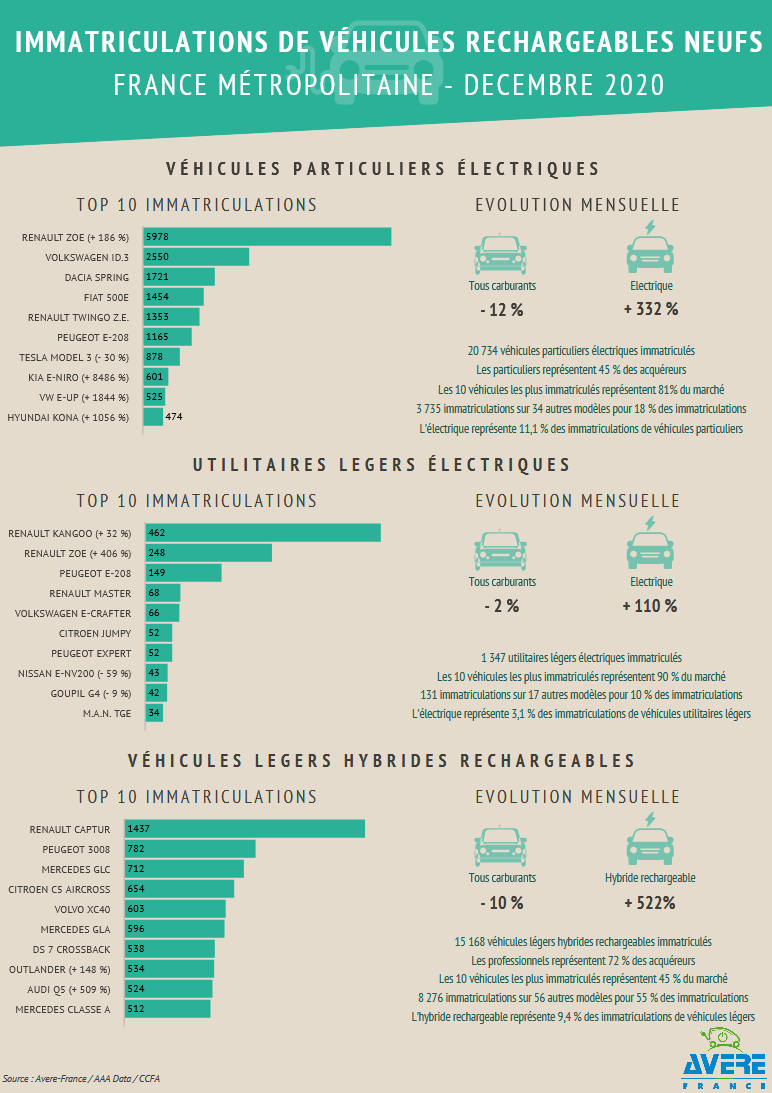 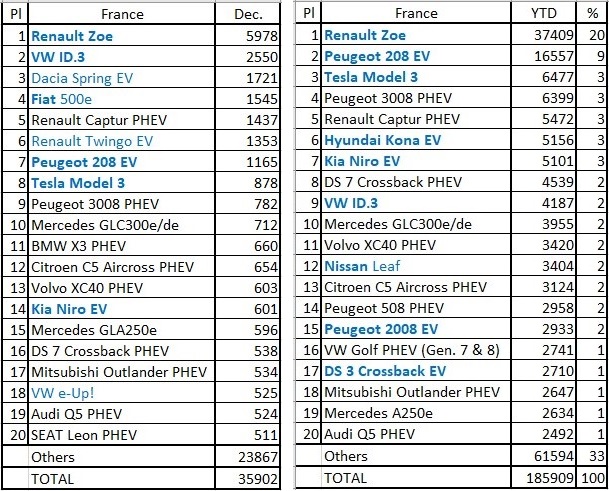