Plug-in car sales expanded by almost a third, despite BMW's overall volume decreasing by over 8%.

The fourth quarter of 2020 was an all-time record for plug-in electric car sales for BMW Group (BMW and MINI brands). The group delivered 76,246 plug-ins globally, which is 55% more than a year ago.

This strong finish translated also into a very high share for plug-in car sales out of the overall volume: 11.1%!

The electrification should only accelerate from this point, as by the end of 2023, the company will offer a total of 25 plug-in models. Not only will the number of plug-ins almost double, but it will be a major switchover to BEVs, which will account for more than half of the plug-in lineup.

"As an e-mobility pioneer, the BMW Group sold a total of 192,646 electrified BMW and MINI vehicles worldwide last year – an increase of a third (+31.8%) over 2019. This means that electromobility is also a significant growth driver for the company in absolute terms. Sales of fully electric vehicles rose by 13 percent, while plug-in hybrid sales climbed by almost 40 percent. In Europe, electrified vehicles already accounted for 15 percent of total sales."

BMW Group does not reveal results for particular models, besides the all-electric MINI Cooper SE, which noted 17,580 sales globally. 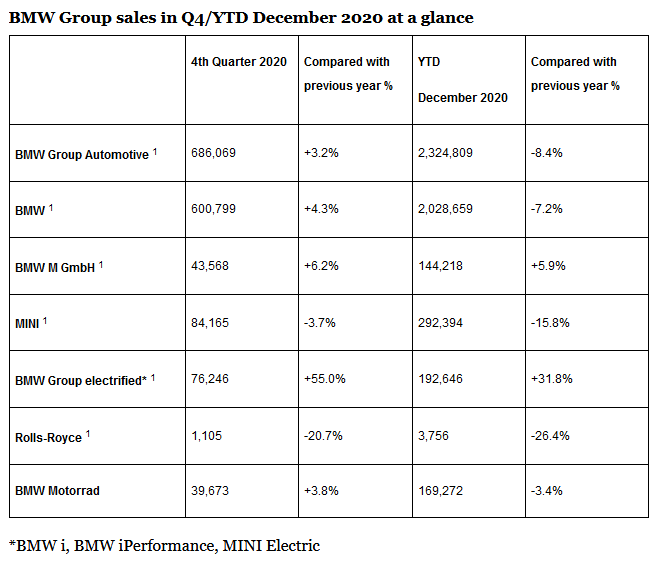