The company intends to combine with GigCapital3, a special-purpose acquisition company (SPAC) later this year.

ABC Companies received in December its first T2145e all-electric motor coach from Lightning eMotors and now wants to deploy 200 additional EVs, ranging from Class 3 Transit passenger wagons to motorcoaches (touring coach and high-capacity double-deck coaches). The deal is for new vehicles manufactured by Lightning eMotors, as well as for Lightning eMotors' powertrain systems, that will be installed by ABC Companies into customers’ previously operated vehicles.

According to Lightning eMotors, the electric motorcoach has a range of more than 200 miles (320 km), using 800-volt modular, liquid-cooled battery system with up to 640 kWh of energy capacity. It has 3,445 Nm of torque and can fast charge in three hours (DC).

“The first motorcoach delivered has met the high expectations many of our customers have. It has excellent power, over 200 miles of range on a charge, and Lightning’s energy division can support installation of fast-charging systems that meet our customer’s stringent requirements. This agreement demonstrates our commitment to work together with Lightning eMotors and sets our order plans for the next 24 months."

In December Lightning eMotors announced a definitive agreement for a business combination with GigCapital3, Inc. (“GIK” or “GigCapital3”) (NYSE: GIK), which is a special-purpose acquisition company (SPAC). Yes - you read it right, another SPAC popped out in the EV market.

They plan to combine in the first quarter of 2021, which means that Lightning eMotors will be listed on the New York Stock Exchange under the ticker symbol [“ZEV”].

Here are a few highlights: 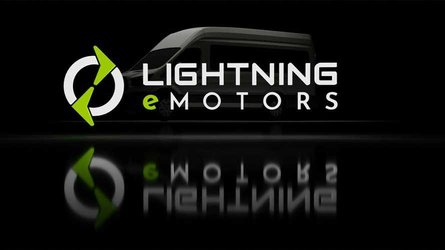 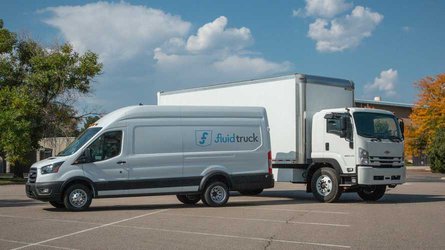 Fluid Truck Orders 600 Lightning Systems Vans And Trucks
By: Mark Kane
++
++
Got a tip for us? Email: tips@insideevs.com