Wall Street Insiders Choose Tesla As Stock Of The Year

It certainly has been a very interesting year in a number of ways.

It's been a tumultuous year on Wall Street. Many blue-chip companies experienced great volatility in light of this year's pandemic. Some have thrived, others have dived. So who has come out on top? A number of Wall Street insiders have crowned Tesla 2020's stock of the year.

Yahoo Finance, which has long been bearish on Tesla, has now pivoted explaining why Tesla is the hottest stock of 2020. Yahoo Finance brought in Ross Gerber, CEO of Gerber Kawasaki, to provide his POV on the electric automaker and its bright future ahead.

According to Gerber, "There's so many semi trucks and pickup trucks in America. It is a huge market for Tesla. Tesla Texas is going to be the crown jewel of the Tesla Terafactories in making cells, battery packs, all the way into trucks that will be the most incredible, powerful electric trucks ever built... this is an exciting time for Tesla because that market is enormous."

The UK's Independent also agrees that Elon Musk has taken Tesla to "dizzying heights" in 2020. But, according to the Independent, "Whatever steps forward Mr Musk and his companies makes in 2021, it will be difficult for their founder to have a more eventful year than 2020."

Discussing Elon Musk, the Independent cites analysis from CNBC's Jim Cramer who says, "This man is selling technology, and he’s talking about fully assisted [Autopilot] and then he’s talking about driverless. He’s thinking so much bigger... That’s why this younger generation is willing to give him money. They are saying, ‘Look. He’s Steve Jobs. Who knows what he comes up with next. I want a share of it’.”

Above: Growth trajectory for Tesla stock in 2020 (Source: The Street)

Cramer confessed, "I am a big believer in the car, the stock, and the man behind it." The CNBC star also owns a popular media outlet, The Street. And it turns out Tesla is now The Street’s Stock of the Year.

The host of CNBC’s Mad Money says, “I bet Tesla has more upside.” But it's not just Cramer who voted Tesla as Stock of the Year at The Street. The Wall Street media outlet polled a group of expert writers and editors at The Street, Real Money, Action Alerts Plus, Stocks Under $10, and Trifecta Stocks.

An impressive 12 of 16 panelists voted Tesla as the Stock of the Year. Why? According to The Street, "The volatile stock has captured the attention of the world with a meteoric 731% rise year-to-date compared to a 15% increase for the S&P 500 index." The company even had its stock highlighted in Google's global Year in Search 2020 report alongside search terms like "coronavirus" and "election results" this year.

According to The Street, "The best comparison for Tesla in 2020 might be to a high school LeBron James. Tesla is dunking on everyone. Since it first crossed $1 billion in revenue in 2013, Tesla has grown revenue at a staggering 52% compound annual growth rate. For context, at that stage in Amazon's growth (2000-2009), its compound annual growth rate was 32%. That means Tesla grew as much in six years as Amazon did in ten." 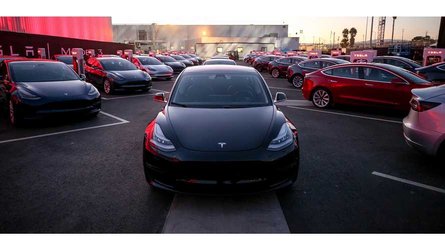 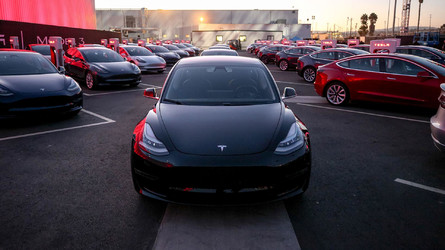