Tesla's FSD Beta could get all the kinks worked out and still fail in snow and ice, just like human drivers.

How does Tesla's latest Full Self-Driving Beta update handle the snow? The video above gives us a solid idea, not only in a testing situation, but also on roads. When we talk about how quickly (or how long) it will take before technology like Tesla's FSD will actually be able to pilot cars with no driver intervention, we often mention the myriad of variables involved. Weather is near the top of the list.

My daughter is a brand-new driver. Fortunately, she had a year of experience practicing on her permit before she actually received her license. However, sadly, due to COVID-19, she hasn't driven on her own early as much as she would have under normal circumstances. Still, she's doing a great job, and we are proud of her.

Now that the deep white stuff and ice have arrived, it will be like starting over. Even the more capable all-wheel-drive vehicles with the best snow tires, piloted by the most experienced drivers, can fail miserably in the snow. My daughter doesn't have the first clue about driving in slick conditions. So, we went to a parking lot and spent some time getting a feel for how the car behaves in the snow.

Much like a new driver, Tesla's technology needs to do the same. In addition, people testing Tesla's FSD should make it a priority to take their car to a parking lot and/or remote area and really push the car's technology to understand how it handles the snow. That's exactly what AIDRIVR did for this video. His Model S tackles 8 inches of snow in a parking lot and then heads out onto some slick roads. 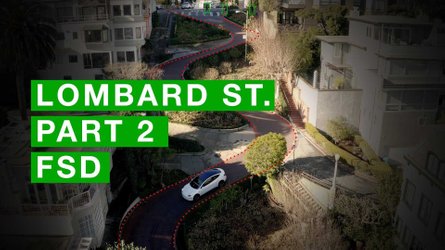 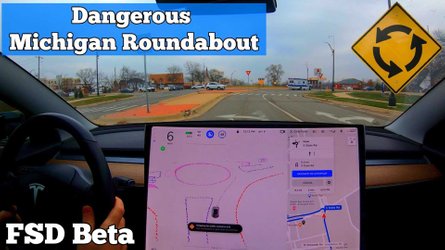 How Does Tesla FSD Fare Around One Of Michigan’s Most Dangerous Roundabouts?

As far as we're concerned, no matter how "perfect" Tesla's self-driving technology becomes, there's really no telling what could happen in extenuating circumstances, such as snow and ice. This is the same with human drivers. The question is, do we blame the driver or the weather? Do we blame the weather, the car's tech, or the beta tester or owner if something goes tragically wrong?

Check out the video and then start a conversation about this in our comment section below.