How did it present more EPA range, then? A future video will answer that.

What explains the multiple range improvements Tesla has made to its vehicles in the last months? We have already mentioned that the company could be using more energy-dense cells. They would have allowed the Model 3 battery pack to go from around 75 kWh to 82 kWh. Yet, many claim the range increases are due to efficiency gains. According to the YouTube channel Tesla Killer, there is no such thing in the 2021 Tesla Model 3.

Tesla Killer performed the same tests with two vehicles: a refreshed 2021 Model 3 with 18-inch wheels and a 2019 Model 3 with the same specifications and tires. Both cars were driven on the same route for 67.1 km (41.7 miles) without any meaningful weather change and did not present motor differences: both have 1120990 motors at their rear axle.

As the youtuber argues, the consumption curves were almost identical, and both spent 12 kWh of charge. If there were any efficiency improvement on the refreshed Model 3, it would have spent less energy on the same task. Tesla Killer expected to see the car save around 4 percent of charge. Curiously, the new cells on the 82 kWh battery pack represented a 3.8 percent increase in energy density compared to the previous ones.

The youtuber promised to publish a new video soon to explain what is happening. Tesla Killer has already revealed a while ago that Tesla is following the buffer strategy of other car manufacturers differently, as the video below shows.

After fully charging your Tesla, you get the full range the battery pack presents. In this case, it was 489 km. When you start driving at the Tesla energy consumption constant of 153 Wh/km – or 15.3 kWh/km, if you prefer – the car starts to show less range. When the battery pack is apparently depleted, it still holds about 5 percent of charge.

In other words, instead of locking part of the battery pack capacity, such as the Volkswagen group does with its electric cars, Tesla hides part of that capacity when people drive because they will not pay attention to the consumption constant. 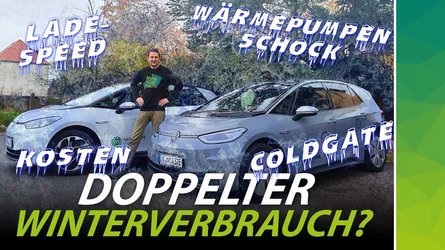 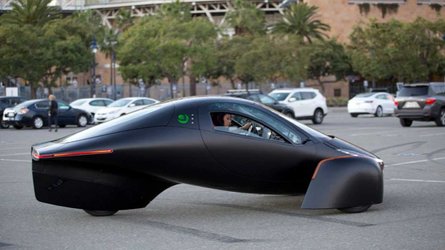 Aptera Is Getting Sandy Munro's Help To Spread Efficiency's Gospel

That does not prevent the battery pack from being charged to its full capacity – the regular buffer strategy's main goal, aimed at preserving the EV’s main component – but it allows the driver to have some fat to burn if he does not find anywhere to charge.

Back to the efficiency situation, what Tesla Killer seems to suggest is that the range increases are due solely to cell improvements. We’ll have to wait for its second video to confirm that. Until then, we’re sure people will try to prove Tesla Killer’s tests were wrong and that the company did achieve efficiency gains. We’ll grab popcorn to watch this discussion.