We already knew it was very advanced, and now it’s getting recognition in China too.

Tesla probably has the most advanced self-driving tech in the automotive industry, and even though the mainstream players are catching up, it’s still a leader. It has even rolled out a Full Self Driving beta program which has proven so successful, that it will be expanded to allow more drivers to take advantage of it. 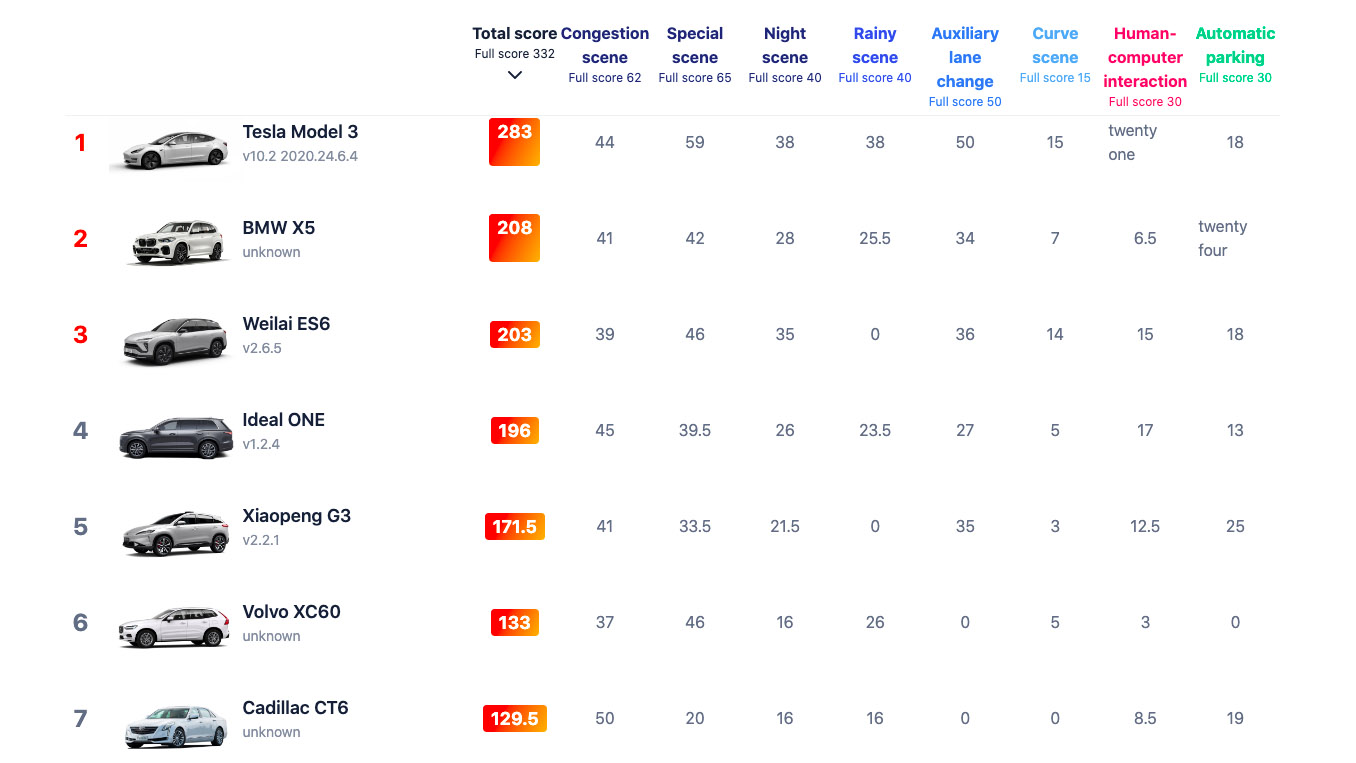 And it seems that it’s not just the western public and automotive media that appreciates Tesla’s Autopilot, because it has just been named the best driver assistance system currently available in China. It was awarded top honors out of 11 companies that took part, but it ended up having a considerable lead over the second place vehicle, the BMW X5 - the difference was 283 points to 208 points; the difference between the rest of the pack was smaller.

Tesla surpassed the BMW in all areas except for automatic parking where the X5 had among the highest scores (the Xpeng G3 actually beat it in this category) and it was also not first when it came to the congested road driving test (although it was second).

The cars were rated for how the handled a congested road, emergency situation reactions, lane changes, going around a curved road, human-computer interaction, self-parking, night driving and behavior during a rainy scene. The Tesla used to carry out all these tests was a Model 3 with HW 3.0 and the full suite of FSD software.