New images and visualization are available on "Join the Cell Team" website, where Tesla looks for talent.

The new Tesla 4680 cylindrical battery cells, with the shingle spiral approach, are one of the hottest topics in the EV world, as this new design can translate into 30% more range without even improving the chemistry.

The reason for that is the optimization of the size, new design to improve performance (electrical, thermal) and making the batteries a structural element of the car.

Tesla recently released a new visualization of how the cells will be arranged inside the pack, without the use of modules inside. There are about 960 cells (40x24), instead of several thousands of the 2170 type. That's enough because the 4680 stores around 5 times more energy. Energy density might reach/exceed 300 Wh/kg.

The images and videos from the pilot production line in California are available at the Join the Cell Team website, where Tesla is looking for literally hundreds or maybe even thousands of talented workers to support its battery business expansion to uncharted areas of technology - where "Tera is the New Giga".

Some lucky engineers are already working on refining the production process before Tesla will trigger 100+ GWh cell plants.

The main benefits of switching to the new approach

Range increase of up to 58% (30% by cell design and vehicle integration): 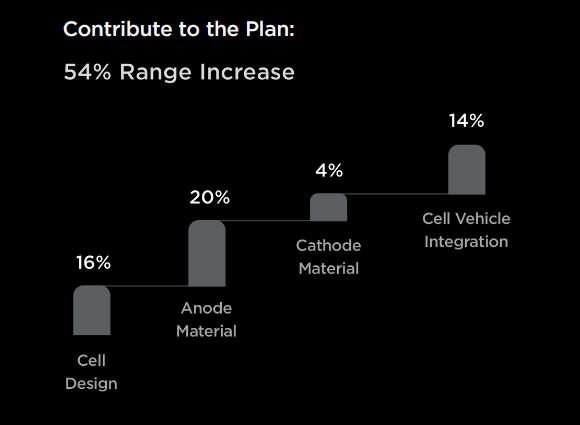 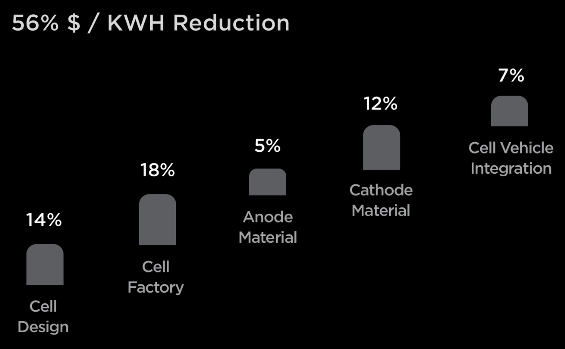 69% reduction in investment cost of the battery plants per GWh of installed manufacturing capacity: 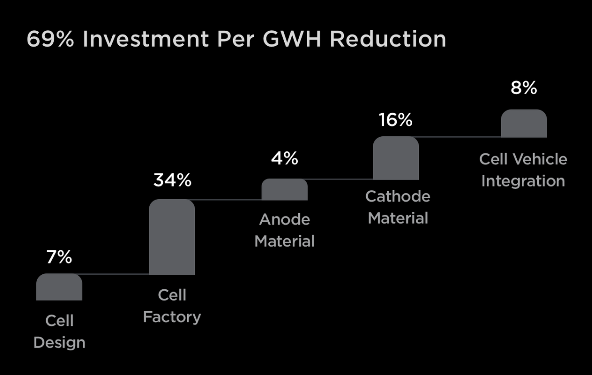