Electrify Canada Expands Into The Province of Alberta

The Rocky Mountain town of Canmore is the first site to open.

Electrify Canada has announced the opening of its very first location in the province of Alberta. Located in the town of Canmore, the site is just off of Highway 1 at The Shops of Canmore. This convenient location was designed to provide easy access to high-speed electric vehicle charging for drivers in western Canada.

The Electrify Canada site locator map shows this as being the fourth site open in western Canada. The first three sites that have opened are all in British Colombia. There are seven more sites in the area that are already identified as future Electrify Canada locations.

Electrify Canada is also set to open a station in nearby Calgary in the near future. That will bring the network's DC fast charging capabilities to Alberta’s largest city. Electrify Canada's high-speed stations offer the ability to charge the vast majority of EV models on the road today with the fastest charging technology currently available, at speeds of up to 350kW.

It's important to note that not all EVs can accept very high levels of power, and the car can only accept what it was designed to, regardless of the power capabilities of the charger. Newer EVs are accepting much higher amounts of power than EVs of previous years have, so not all EVs can benefit equally from these ultra-high-speed chargers. 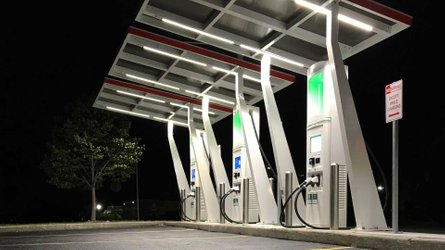 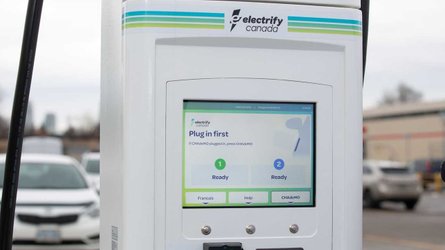 Although today's press release is specifically to announce the Canmore site in Alberta , a quick look at Electrify Canada's site map illustrates the sites of the entire phase-one plan. The western site locations will connect Calgary to Vancouver and will be positioned along the Trans-Canada Highway and Highways 97 and 99.

“Our expansion into Alberta is a great milestone in our work to build a nationwide network of high quality, reliable charging stations for drivers across the country,” said Robert Barrosa, chief operating officer at Electrify Canada. “The new station in Canmore, in particular, is a great example of what the network has to offer. With the scenic background of the Canadian Rockies, this location right off the Trans-Canada Highway provides drivers with convenient access to charging – whether they are gearing up for a nearby hike, planning to spend an afternoon at The Shops, or simply passing through town on a long distance trip.”

Electrify Canada also has 18 sites planned for Eastern Canada. Eight are already open and ten more are in the planning and development stages. Those sites are not far above the US boarder and are in the Quebec and Ontario provinces.

Electrify Canada's first phase of its deployment plan includes the installation of 32 charging station sites that host a total of 128 individual DC fast chargers. Those include the nineteen in Quebec and Ontario and thirteen in Alberta and British Colombia.

Electrify Canada tells us that a lot of thought and consideration goes into site selection. They don't just select a site without considering the current and expected EV ownership in the area, the proximity to major routes and highways, and a site host that offers convenient and easily accessible amenities. The Shops of Canmore, with opened in February 2019, was an excellent fit for all of those reasons.

We'd like to know what you think of Electrify Canada's progress. Where should they expand to next? As always, let us know your thoughts in the comment section below.