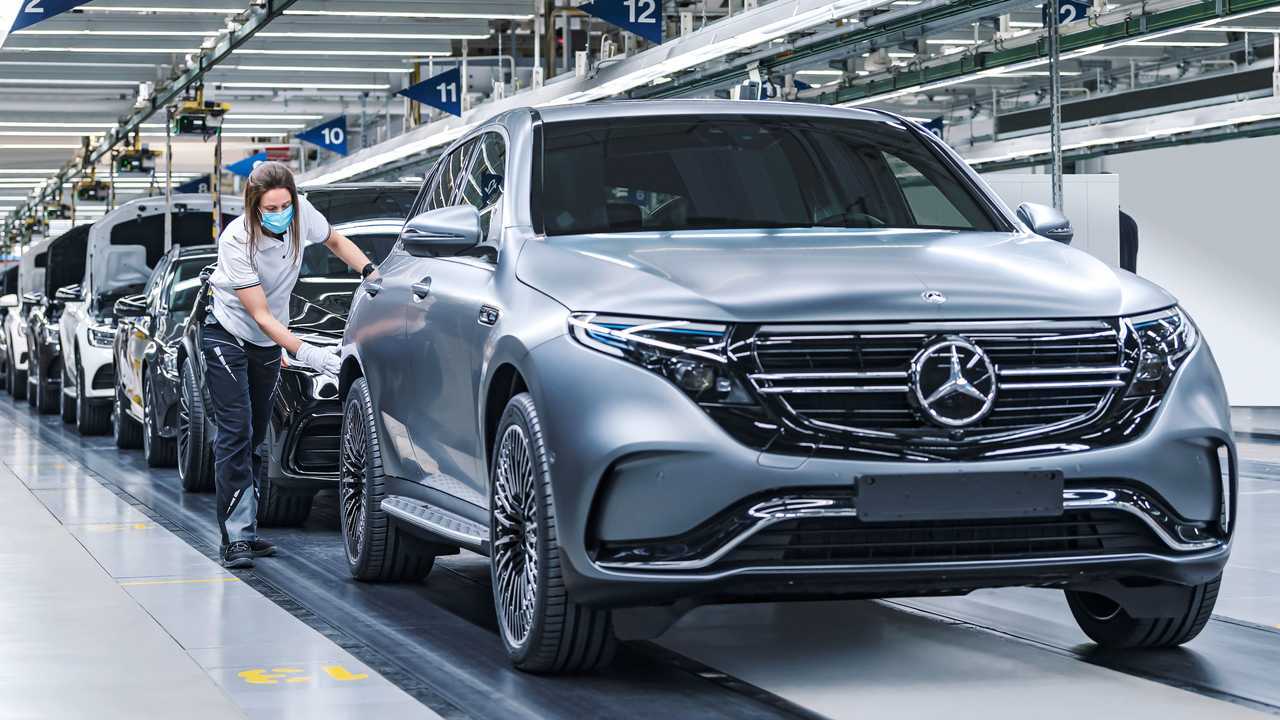 The company also noted increasing demand and orders. In September, around 2,500 EQC were sold.

Mercedes-Benz just announced that the new EQC will be equipped with a 11 kW on-board charger (three-phase we assume) as standard (with immediate effect), which shortens the recharge (10-100% SOC) from 11 hours to 7 hours and 30 minutes.

It's the first noticeable upgrade to the EV specs of the EQC, which entered production in May 2019. The move is also no surprise, as especially in Europe, the 7.4 kW single-phase chargers are far less useful than the three-phase 11 kW (which loads three phases evenly - 3.7 kW each).

It's a lesson that all manufacturers need to take, and already many mainstream models are equipped at least optionally with 11 kW chargers.

During the third quarter of 2020, Mercedes-Benz sold globally some 45,000 all-electric and plug-in hybrid cars (monthly results are no longer below 10,000). That represents about 7% of the total.

We don't know the exact volume of the EQC in Q3, but in September specifically, it was roughly 2,500.

The German manufacturer notes a constant increase of demand and orders and "step by step" increases the production at the Bremen plant in Germany as well as in Beijing, China by the Beijing Benz Automotive Co. Ltd joint venture (BBAC).

"The EQC was the first all-electric vehicle to be integrated into ongoing production at the Mercedes-Benz Bremen plant in May 2019. It is produced there on the same line as the C-Class Saloon and Estate as well as the GLC and GLC Coupé."

The battery packs are produced by the Deutsche ACCUmotive in the Kamenz site (near Dresden), Germany and separately in China.

"The batteries for the EQC in Bremen are produced by the fully owned Mercedes‑Benz subsidiary Accumotive at the Kamenz site (near Dresden). In China for China - the EQC and the corresponding battery systems are also produced in Beijing as of the end of 2019 as part of the Beijing Benz Automotive Co. Ltd joint venture (BBAC). Capacities of the sites have been increased step by step since the start of production. "