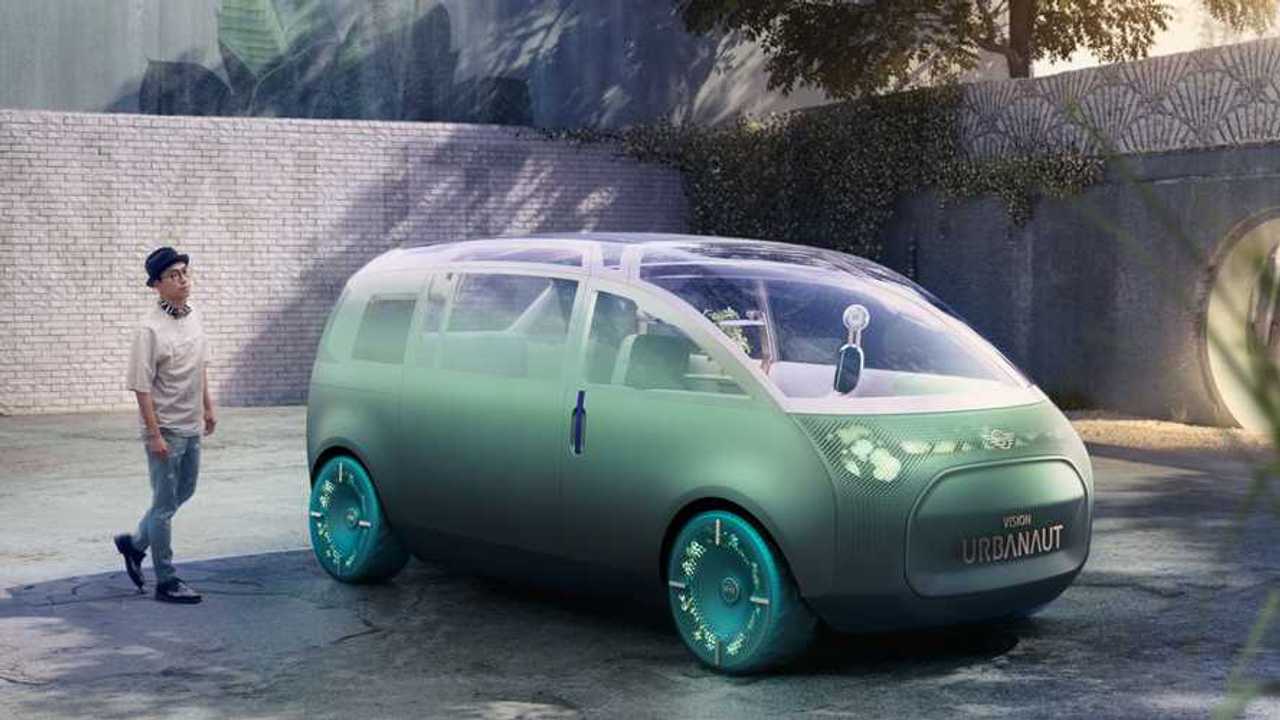 More and more manufacturers are coming up with their own concepts for a lounge on wheels, a vehicle that can help lower the heart rate when commuting in a crowded city. MINI’s answer to this problem is the Vision Urbanaut concept, a minivan-like study whose main goal is to offer as much interior room as possible given its relatively small size.

The manufacturer is keen to point out that the Vision Urbanaut takes the MINI brand in a new direction - under BMW ownership, it has so far not built such a vehicle. However, even though the body style is unfamiliar, it features all the visual brand cues that people have come to expect from MINI - the shape of the grille and the rounded headlights.

But the elements have been reinterpreted and, since this is a concept, it also gets fancy features that would never make production. Features like illuminated wheels, that match with the illuminated front and rear fascias, as well as the overall look of the configurable interior.

MINI seems to have envisioned this concept with a primary focus on autonomous driving - its interior changes depending on if the driver is in control or if it’s the car doing the driving. The steering wheel retracts into the dashboard and the seating is reconfigured when the driver isn’t actually controlling the car.

Naturally, the Vision Urbanaut is an electric vehicle, but we are not told the specifics of the powertrain or the battery pack. This is clearly a design exercise first and foremost, although the explanation provided by Adrian van Hooydonk, Senior Vice President BMW Group Design, doesn’t really help us understand the idea. He explains that with this study, they

And we don’t know why the manufacturer created this concept, because we have heard no rumors of such a vehicle going into production. There may be such plans, but we don’t know about them and the accompanying press blurb doesn’t mention any, so right now we can assume this doesn’t preview a production MINI minivan.