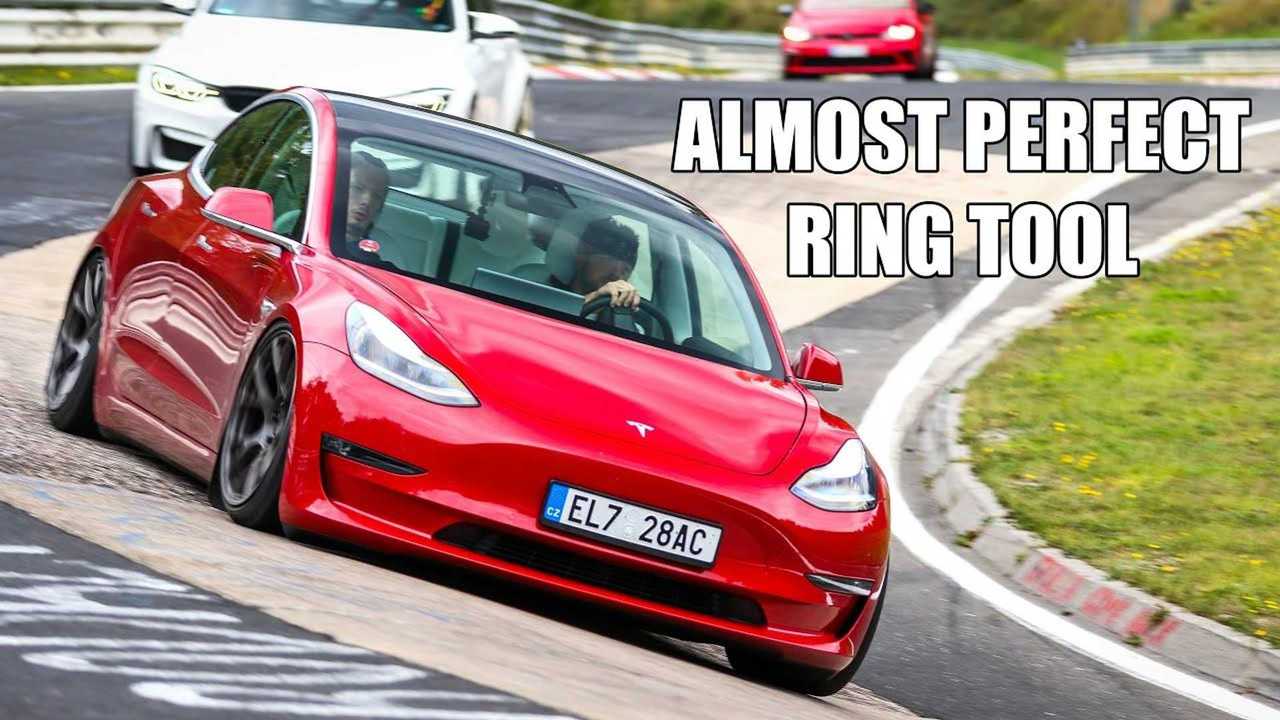 It reportedly came within two seconds of matching the best time set in a Porsche Taycan Turbo S.

While the Porsche Taycan has really caused a stir in both among electric and performance car fans, it’s really expensive and out of the reach of most enthusiasts. But there is a way to get similar feelings in a performance-oriented electric car, the highly applauded Tesla Model 3, which can be made even better at going around corners with some basic upgrades.

In stock form, a Model 3 Performance makes its way around the Nurburgring Nordschleife in not a lot over 8 minutes in the hands of a skilled driver (as we’ve seen in one of Misha Charoudin’s videos). With a few modifications (uprated suspension, brakes, wheels and tires) that drops below 8 minutes and it starts to challenge the fastest time set by the Taycan Turbo S (7 minutes and 42 seconds).

Now, the CEO of Tesla-centric aftermarket parts company Unplugged Performance, Ben Schaffer, says one of their modified Model 3s was driven around the Nordschileife in 7 minutes and 44 seconds, just 2 seconds off the Taycan’s time. And this time was apparently achieved on a damp track that had plenty of other cars on it.

More Teslas on the Nurburgring

Tesla Model 3 Performance: What You Need To Know To Hit The Nürburgring

Teslarati reached out to Schaffer who said the modded Model 3 could potentially lap the North Loop even quicker, in the right conditions, with a professional driver at the wheel. He says the lap time could drop to around 7 minutes 30 seconds. This also makes us wonder just how much faster the Model 3 could become if aside from the suspension, brakes and wheels, it could also gain additional power.