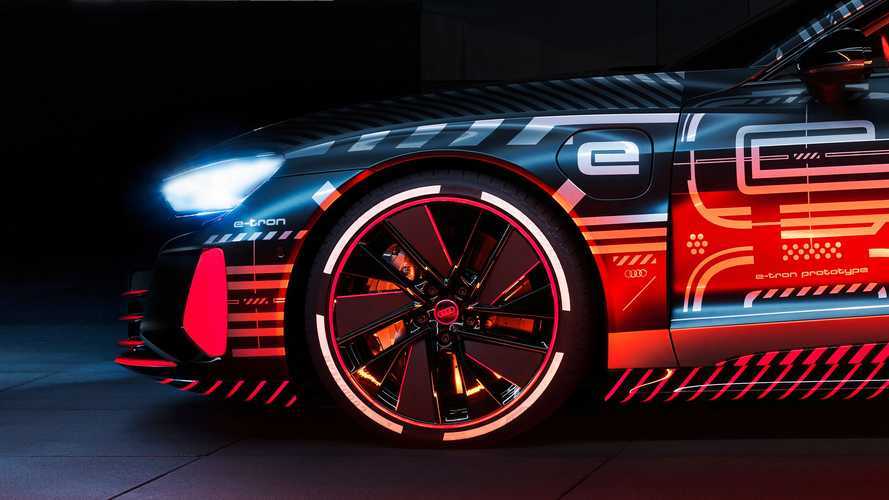 All you ever wanted to know about the e-tron GT, how and where it will be built.

Audi is set to commence production of the e-tron GT before the end of 2020, but until it does (and reveals the final production spec model), we’re being shown a lightly camouflaged pre-production prototype. On first impressions, it’s hard to see what exactly the automaker has changed compared to the 2018 study that previewed it - in fact, it looks pretty much like the concept.

The e-tron GT will be built at Audi Sport’s Böllinger Höfe plant in Neckarsulm where it will share the production line with the R8 supercar. The automaker announced late last year that it was beginning the process of modifying and expanding the facility in order to accommodate the electric sedan. In the press blurb it published at the time of the announcement, the automaker mentioned

‘ The Audi e-tron GT and the Audi R8 will be produced separately in the body shop. While the body shop for the R8 stands out with its largely handcrafted finish, a separate, highly automated body shop facility is being created for the e-tron GT. The assembly line is being extended by 20 cycles, making 36 in total, for the joint production of the R8 and e-tron GT. As part of this upgrade, new conveyor systems are being integrated, since assembly in future will no longer rely solely on driverless transport vehicles (DTV), but will also include an electrified monorail system (EMS). ‘

The e-tron GT will be the first battery-powered Audi to actually be manufactured in Germany. In case you were wondering, the e-tron and e-tron Sportback electric SUVs are actually assembled at Audi’s Brussels plant in Belgium and it will also go into production at the VW group’s Changchun plant in China as part of a joint venture with FAW.

Audi seems very proud of the highly automated process of making the e-tron GT’s body - 85 percent automated, split into 10 stations where 34 robots do most of the work. The factory in Neckarsulm also has a fleet of 20 driverless transport vehicles to deliver the various components around, as well as an overhead conveyor rail and an automatic transfer station.

The last bit of information that Audi shared with us regarding the e-tron GT has to do with the way it’s going to sound. They assure us that the creation process of the GT’s unique audible signature was carried out with ‘ musical creativity and technical competence ‘ and since this car is related to the Porsche Taycan whose augmented motor sounds are pretty good, our expectations are high.