This may come as no surprise, but it's crazy to see the numbers and the data.

Nationwide Vehicle Contracts (NVC) just reported that the Tesla Model 3 is the UK's most popular electric car. However, it doesn't stop there. The publication put together a full report looking at the last three years of global electric car sales via EV Volumes.com. It then researched Google search volume data for electric vehicles in 152 countries across the globe using the Ahrefs.com Keyword Explorer Tool.

According to the data, the Model 3 rakes in an average of 1,852,356 global searches per month. It's followed by the Nissan LEAF, which gets less than one-third of the search attention, at 565,689. The Tesla Model X and Model S closely follow, respectively. NVC also broke the electric car search data down by country. Check out the lists below:

NVC put the data into a nice, color-coded map as well. We've attached it in its full form below: 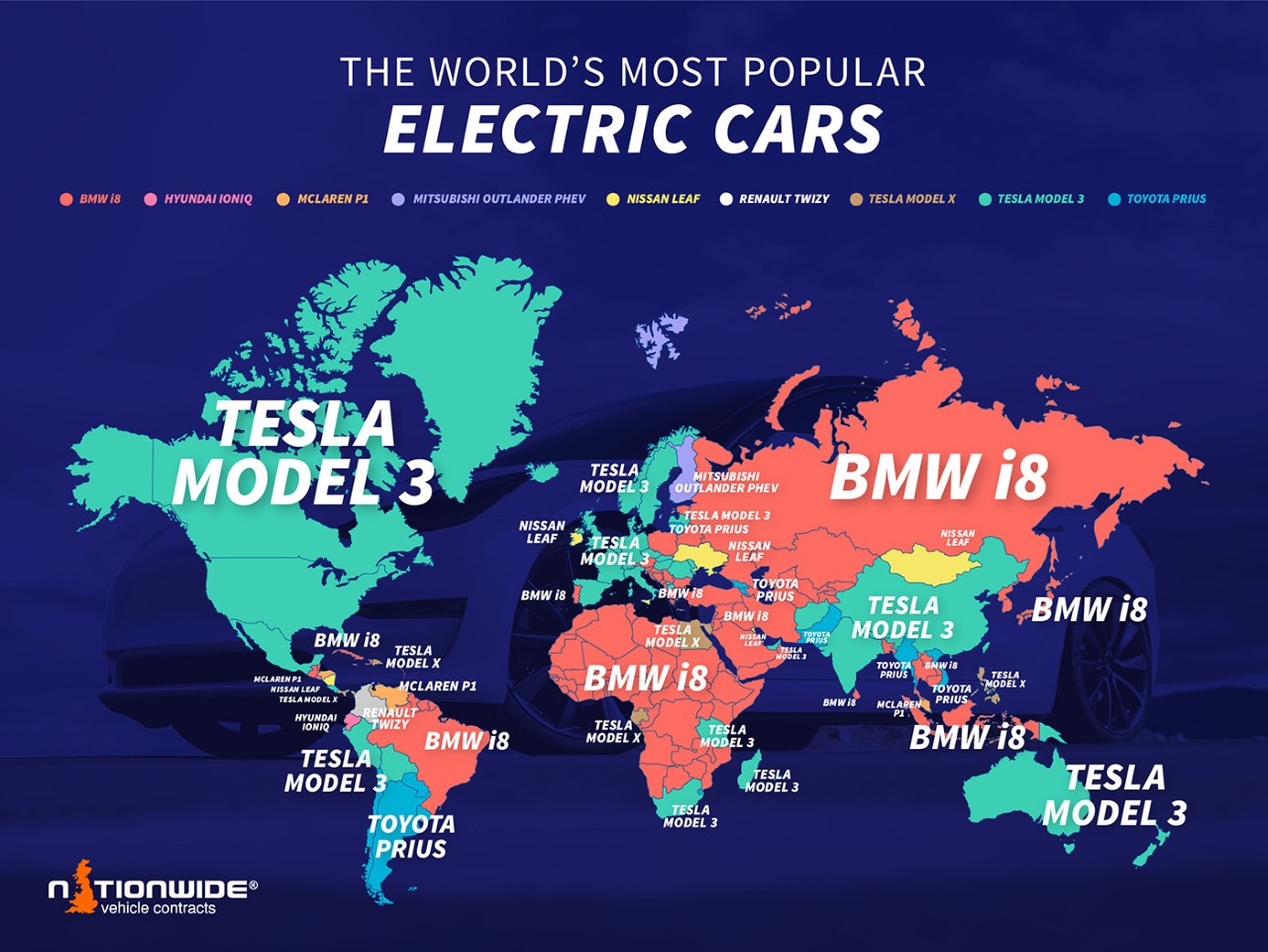