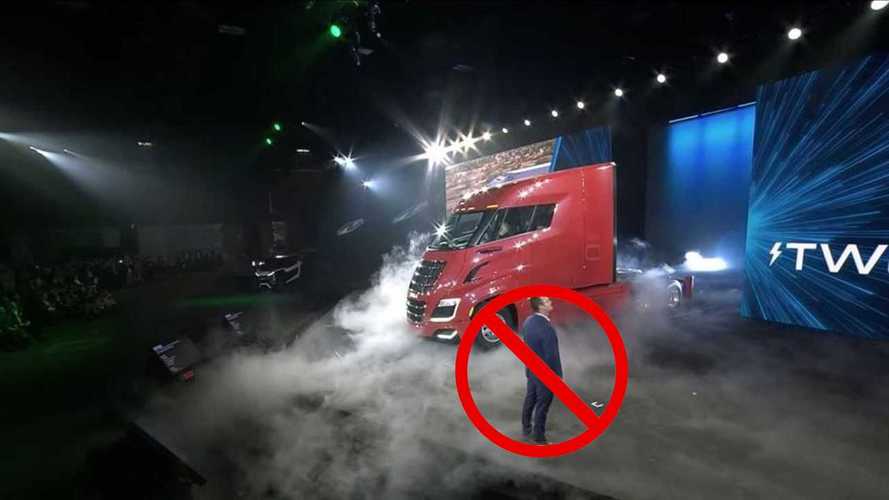 There’s still no date for it to happen and the delay is reportedly due to COVID-19 restrictions.

Nikola World 2020 will probably become Nikola World 2021. The company decided to postpone it, alleging COVID-19 restrictions in Arizona, where the event would be held. Considering it would happen on December 3, chances now are that the company will only do it next year  – if it happens at all.

The people that bought their tickets for the event can either ask for a refund. They may also keep them for when the event is rescheduled, according to an email Bloomberg managed to check.

The change of plans happened after a series of bad news for Nikola. It all started after Hindenburg Research accused it of fraud days after it announced a deal with GM.

While trying to answer these accusations, Trevor Milton – at the time Nikola's chairman – was involved in allegations of sexual assault and insinuations that the suicide of Jonathan Robb was actually a murder.

The police arrested Robb after he tried to blackmail Milton in $500,000 not to reveal these sexual assault accusations, according to the Utah Attorney General's Office. Milton resigned from his role in the company on September 21.

His attempt to protect the business is yet to prove effective. GM's deal with Nikola can be in jeopardy. General Motors was accused of not performing proper due diligence before announcing its agreement with Nikola, something the centenarian manufacturer denied.

The deal involves developing and manufacturing the Badger, as well as supplying Ultium batteries and Hydrotec fuel cells for Nikola in exchange for $700 million and a stake of 11 percent in Nikola's shares.

It was supposed to close on September 30, but it is now said that any of the companies can back away from it – ironically, until December 3, the very day in which Nikola World 2020 would happen.

GM has a tough decision ahead. If it chooses to step out of the agreement, it will tacitly confirm that its due diligence team did a lousy job. If it decides to go further, it will have to make sure keeping the deal with Nikola will not create even higher reputation damage.

In that sense, the burden lies on Nikola, which has to prove it never committed the frauds Hindenburg Research accuses it of doing.

Nikola recently announced it has three business units: Truck, Energy, and Powersports. Of all three, GM is probably more interested in the Energy business unit, which proposes to create a clean hydrogen refueling network. The deal terms imply GM was not interested in any proprietary technology Nikola may have.

The Nikola World 2020 would present these technologies, among them a battery with 500 Wh/kg. Bloomberg reports it has six published patents, such as a purpose-built frame for fuel cell trucks, and several other pending patents on fuel cell membranes, hydrogen storage, fast fueling systems, and so forth.

One of these patents led Nikola to take Tesla to courts due to an alleged infringement. The US Patent Office made a first decision favorable to Nikola. On September 26, the Financial Times revealed Tesla's rebuttal alleged the design could not be patented because Trevor Milton bought it from Adriano Mudri, Rimac's designer, in 2015. The truck project was then called the Road Runner.

Nikola's reply to that allegation is that Mudri's project is "materially different from the design invented by Nikola for the Nikola One." It would be nice if it could prove that not only in court but also in showing how these designs were.

Nikola also argued that it is "commonplace to license third-party designs during vehicle development" and confirmed it "purchased a license to Adriano Mudri's designs," but stressed that "he was not part of the design team."

The Financial Times revealed that Nikola alleged in a 2018 lawsuit that the Nikola One was initially designed by Milton himself "in his basement."

It is not clear if the lawsuit will proceed now that Trevor Milton is no longer at the company, but it would not surprise us if Nikola tried to reach an agreement to settle things down. Establishing a clean hydrogen station in California – where fuel cell cars already exist – would also show the Energy business unit of the company has substance, even if its trucks are still under development.

The fact is that Nikola was primarily built around Milton. The company's main challenge now is to prove it can survive without its founder's and that the people currently running it can deliver all he has promised.