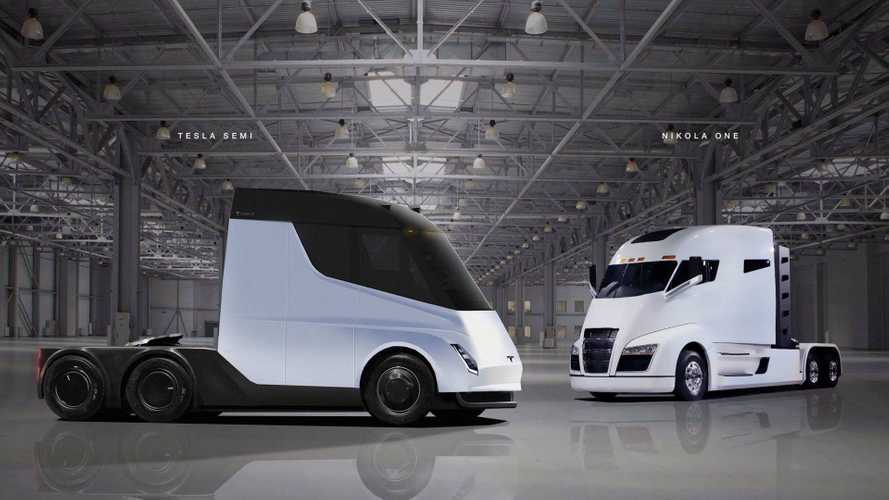 The $2 billion lawsuit due to patent infringement will continue.

On May 4, 2018, we told you Nikola Motor Company had decided to sue Tesla. It alleged that Tesla violated six patents with the design of the Semi, which cover the windscreen, door, and bodywork design of the Nikola One. The Phoenix-based manufacturer claims the Tesla Semi is 'substantially' based on its truck. After almost two years, Nikola's CEO, Trevor Milton, went to Twitter to celebrate a recent decision from USPTO (U.S. Patent and Trademark Office). It ruled in favor of his company, as you can see below.

We wanted to check precisely what Milton was talking about, and we found Paper 7 of IPR2019-01646. That is a petition Tesla filed at the USPTO to question the patent's validity. Tesla does not think Nikola could even register its designs.

Nikola To Merge With VectoIQ And Be Listed On NASDAQ

Paper 7 was published on March 27, 2020. As we already said, but just to make it clear, Tesla is the Petitioner. This is its conclusion:

“After considering the evidence and arguments presented in the Petition, we determine that Petitioner has not demonstrated a reasonable likelihood of success in proving that at least one claim of the ’084 patent is unpatentable.

Therefore, we do not institute an inter partes review on the asserted grounds as to any of the challenged claims.”

The ‘084 patent refers to the U.S. Patent 10,077,084, for the door design. Apparently, Tesla did not dispute the patents for the windscreen and bodywork design on USPTO. That is probably something exclusive to the lawsuit. It is filed in the District Court in Arizona under the code 2:18-cv-01344 and we did not manage to read it in full, nor to know its current status. In case you can help us with that, please get in touch.

The USPTO decision may prove to be decisive to the lawsuit result. If Nikola’s patent is valid and it manages to prove the Semi has copied it, the best-case scenario for Tesla is paying royalties to keep the Semi as it is. The other extreme is having to redesign it and also pay compensation for Nikola.

On Twitter, both Tesla fans and detractors had their moments.

When a Tesla fan accused Milton of wanting Tesla to fail, this is what he had to say.

Answering to a tweet that was quickly erased, Milton said this:

We thought he was referring to how the FCA-PSA merger would affect the Badger, but that could also relate to the merger Nikola and VectoIQ have announced in March 2020. If you know which was the original tweet he answered, please let us know.

Milton did not refrain from answering some accusations from Tesla fans, such as this one.

He even repeated the same explanation to others.

According to the CEO, he tried to avoid the lawsuit as much as possible, but Tesla did not want to reach an agreement.

Considering the amount of money this lawsuit involves and an unexpected urge for money Tesla has recently expressed, it makes us wonder if the USPTO does not have something to do with it. It may even have to do with why the Semi is not for sale yet. We would ask Tesla, but it would probably not comment if it spoke to the press. As it doesn’t, we'll have to wait to see how these pieces fit together.