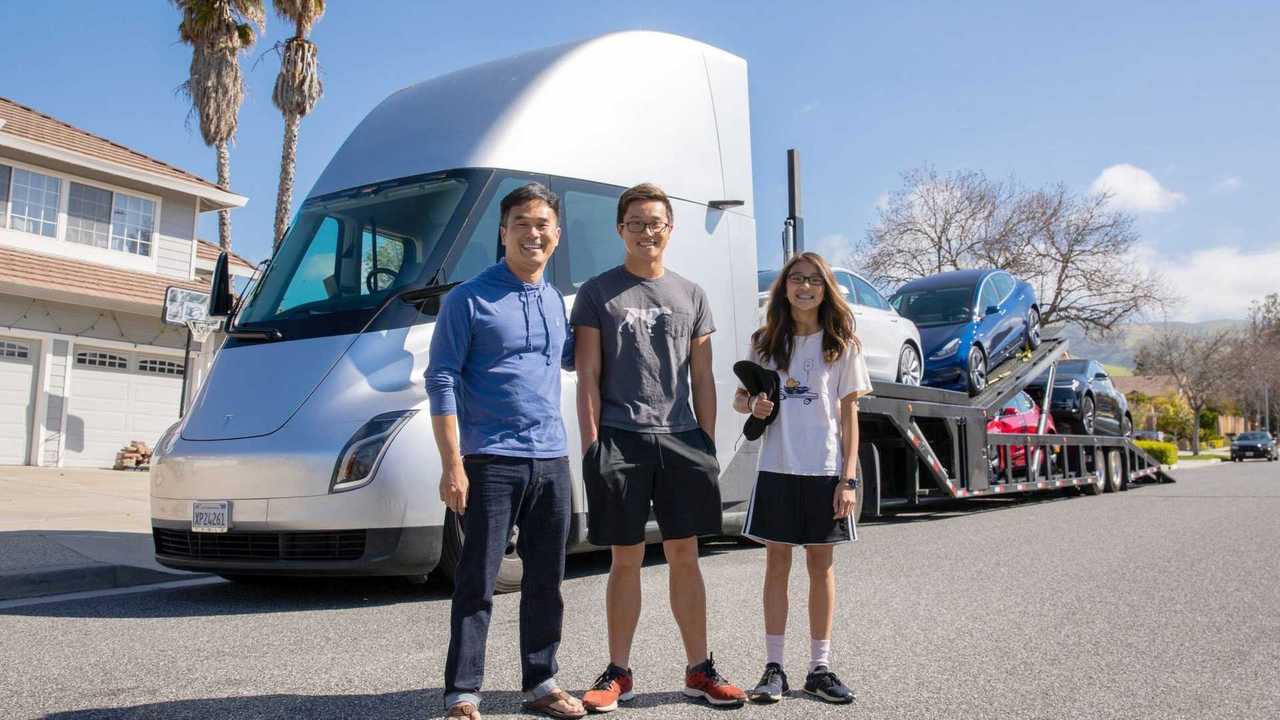 Production was postponed to 2020.

The two Tesla Semi prototypes, unveiled in 2017, were from time to time seen in California or even in many other states doing test runs or simply helping moving stuff (most recently also spotted delivering Tesla Model 3 cars to customers).

"Yes, very well. We load them to maximum weight and continue to make improvements."

"Next year we will start production. We are very happy with driving the trucks extensively with, I think, so far quite amazing success."

The production was originally planned from late 2019, but now as Tesla again is struggling with losses, the market launch was postponed until 2020.

It's not yet known where the trucks will be produced - maybe at the Gigafactory 1 in Nevada.

By the time of production, Tesla has a chance to further improve the trucks and continue testing.