Help him make this map increase to aid even more EV owners.

Real heroes can be regular people, such as Sal Cameli. He goes through a lot to support electric car adoption. The video above shows the process Cameli adopts to be able to charge his Nissan Leaf. His other heroic act in helping get more people into EVs is a world map he has created to help other Leaf owners to replace the batteries in their cars. And you can help him make it even better.

Cameli came up with the idea of creating NissanLeafBatteryReplacement.com to help Leaf owner back in February 2018, as he told InsideEVs:

“Back then, I heard of a company named MUXSAN. They were swapping out LEAF battery packs and I figured it would be good to have a Facebook group to discuss this with other LEAF owners. So I created the ‘Nissan LEAF Battery Upgrades / 3rd Party / Aftermarket / EV’ Group on Facebook. On that group, I started a pinned post with a listing of aftermarket LEAF Battery Mechanics on January 28, 2020, and the list grew to 18 installers & suppliers until August of this year.”

That was when people that were not on Facebook started to ask Cameli for help.

“That's why I figured it was time to create a website. The number one term that people searched for was ‘Nissan LEAF Battery Replacement’ and that's why I chose that name. I also own ‘Nissan LEAF battery Installers.’”

Cameli bought the domain on August 17, 2020, and the site went live on August 26, 2020. The idea to make it a global repository came precisely from MUXSAN, which is in the Netherlands.

Ever since InsideEVs wrote about the EV Rides service of replacing Leaf battery packs, we have been receiving requests from other companies all over the world that also perform this sort of service. Cameli came to their rescue, as you can see below.

Speaking about his experience with the car in the video above, Cameli bought his brand new Nissan Leaf SL on April 20, 2013.

This is the sort of sacrifice we hope he does not have to do for much longer when he gets a new battery pack for his Nissan. For what he told us, his car is in much need of that.

It is vital to notice Cameli is just listing the companies that perform these services. Their prices and even the quality of their services is beyond his control. That said, make sure these companies have good reputations and ask them about their fees before closing any deal. The more companies available, the better. 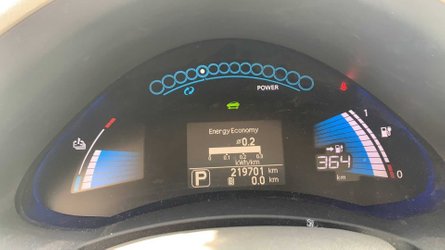 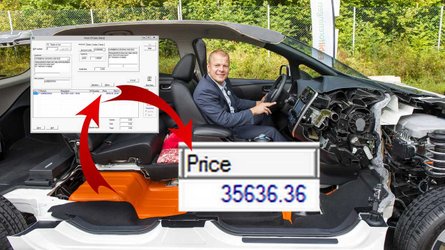 Nissan Is Charging $35,000 For LEAF Batteries In The Virgin Islands

You can help Cameli and other used EV cars find these companies close to their homes by informing the map creator of the ones that perform the same services EV Rides and MUXSAN do. Whether you own the place or is just aware of any such businesses, get in touch with him through sal@electricsal.com and tell him about any battery pack replacement company you are aware of.

When Cameli started his website, he had 18 locations. His map now has 29 battery pack replacement businesses, and we suspect this article will help that increase a lot more. That shows the potential aftermarket companies dedicated to keeping electric cars running may become a fantastic business opportunity. We’re glad that we are finally discussing these aftermarket battery packs, but we should discuss them even more. Help save used EVs!