Delphi Technologies announced that another premium OEM has signed-in for its 800-volt inverters for upcoming all-electric vehicles.

The company was not revealed, but it's a European OEM, and the third out of the top four global premium OEMs in the world, which means that Delphi is conquering the segment.

It's also a sign that multiple automotive groups will in the coming years offer 800 V battery systems in its high-end models.

Moreover, it sounds like the deal is pretty important - the second-largest ever in the power electronics business. It's a clearly growing part of the company, as the EV market is booming and the inverters (power electronics devices that supply the electric motors) are one of the highest-value electrification components.

"This major win is the company’s second largest power electronics award and strategically positions Delphi Technologies as a leading supplier of inverters and related technologies for future BEVs globally.

Combined with its landmark 800-volt win secured in 2019, its largest ever business award, the company is now positioned to be the major inverter supplier to three of the top four global premium OEMs in the world."

The new deal for the undisclosed premium European OEM will launch around 2024. The company recently won a deal also in China. The first deal was although secured in 2019, and it was estimated at $2.7 billion.

This latest award is expected to launch in 2024 across the customers’ BEVs and will also be the first introduction of Delphi Technologies’ sixth generation of its proprietary Viper power switch. This inverter enables electrical systems up to 800 volts, significantly extending electric vehicle range and halving charging times when compared with today’s state-of-the-art 400-volt systems. The technology, which supports multi-voltage platforms, is an evolution of the company’s proven high-voltage inverter and builds on 25 years of vehicle electrification experience. 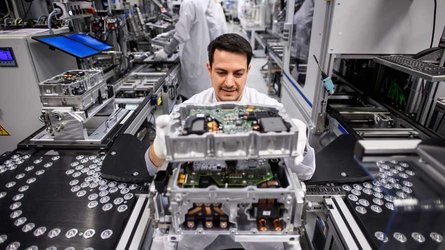 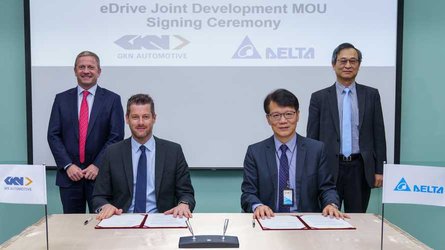 GKN To Develop 3-in-1 eDrive Systems With Delta

According to the company, the premium platform inverter business will become the foundation to attack larger (more mainstream) vehicle platforms in 2021 and increase the volume.