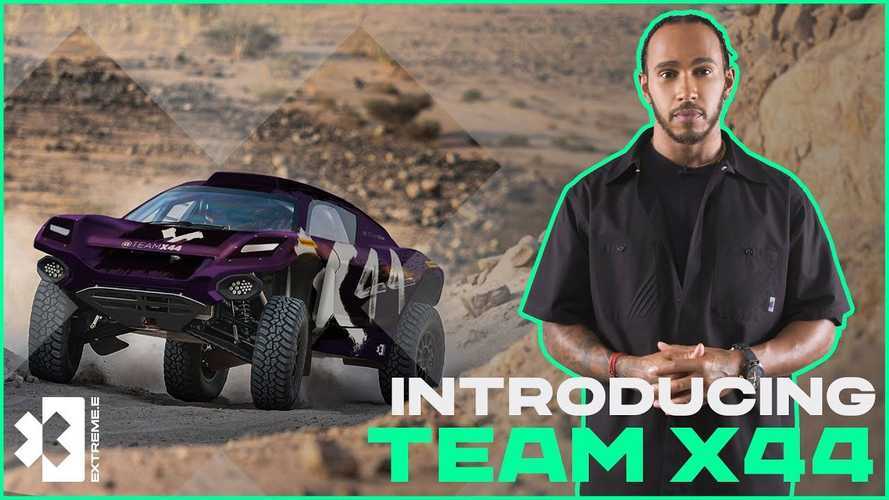 The multiple Formula 1 champion has created his own team to compete in the most remote places on Earth.

Lewis Hamilton turns to electric car racing. The Formula 1 world champion has no intention of leaving single-seaters with open wheels. But he decided to think about what he will do when he grows up, once his suit and helmet are on the nail, and so he founded his own electric racing team.

The team is called X44 (the letter refers to the offroad; the figure refers to the number with which the champion started racing as a kid) and he will initially try his hand at the new series dedicated to zero-emission offroad prototype Extreme E, which we have seen previewed by Ken Block in a stunning video.

The Hamilton team will take part in the first season of the new championship, which will officially start on January 22nd with the race on Lago Rosa, in Senegal.

Hamilton, who will hold the role of team principal, will not have any involvement at the wheel of the vehicle but will aim - at least in this phase - at a managerial role, trying to make the most of all the experience gained as a driver.

A look to the future

“The Extreme E is a very interesting series - said Hamilton - I like the fact that it aims to combine the world of racing with concepts that aim to protect the environment. For me, then, it represents an opportunity to try my hand in a new role, since given my commitments with Mercedes in Formula 1 I will not be able to follow the team's activities on a daily basis ”.

The British champion really likes the idea of ​​visiting remote places on the planet where races will be held and he is convinced to undertake this adventure precisely because he intends to spread a green culture and the adoption of virtuous behavior in terms of energy policies.

A nursery for young champions

Lewis Hamilton created the X44 team for another reason as well: to give talented drivers an opportunity. But not only that: he also wants to involveyoung engineers, technicians and mechanics to make them grow and allow them to build a future in competitions.

Finally, Hamilton aims to promote a culture within the team that is inclusive and respectful of individual differences, in order to create a welcoming and stimulating working climate based on the peculiarities of the individual components.

There is also Ken Block

The British champion is not the only known face of Extreme E. In the series, which will be raced with the Odyssey 21 prototypes, Ken Block is also involved, as we said at the beginning, a rallying past (also in the WRC with Ford) and a present as a showman (with the very successful Gymkhana series and all its variants).

Ken Block participated in the final stages of development of the vehicles and, with one of them, he also took part in the last stage of the Dakar, demonstrating all the potential of these vehicles by winning an excellent third place overall.