Will Tesla Be The First Automaker To Offer Its Own Vinyl Wraps? 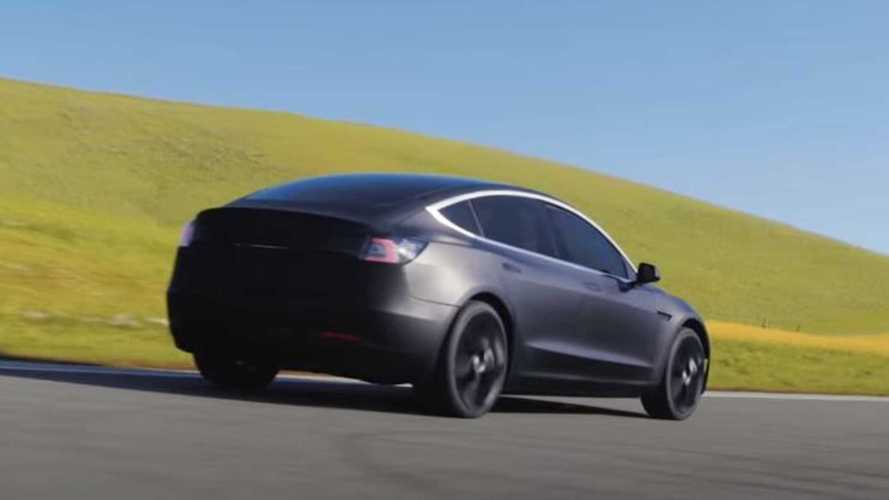 Posted on EVANNEX on September 06, 2020 by Iqtidar Ali

Getting the ideal color for your car is a key part of the buying process. Tesla recognizes this and has been investing, substantially, in improving its factory paint shops worldwide. In April, Elon Musk tweeted, "Giga Berlin will have world’s most advanced paint shop, with more layers of stunning colors that subtly change with curvature."

In addition, Musk also followed up with a tweet noting that Fremont and Shanghai paint shops would soon be "upgraded" as well. That said, Tesla buyers are still only offered a handful of color options. What about those car buyers out there who want a larger palette of colors?

And what about the Cybertruck? That's only available in (gasp!) one color option. Pondering this, one of Musk's Twitter followers asked if the stainless steel Cybertruck would be available in any different colors. Musk responded, "You will be able to wrap it in any color or pattern." Hmmm.

Interestingly, Tesla has showcased its cars (at least in prototype versions) in a wrap. A Model 3 actually appeared at Tesla's official launch event in a matte black vinyl wrap. This early matte black Model 3 prototype appeared in Tesla's own video footage to promote the brand (see an archived clip from this video below).

Meanwhile, it turns out wrapping Teslas has become quite popular in some locales. For instance, Signature Custom Wraps, based in South Florida, has built its entire business based around wrapping Teslas and they've wrapped some stunning vehicles. Colors like Nardo Grey, Ocean Shimmer Blue, Tangerine Dream, and Metallic Midnight Red provide a signature look for those Tesla owners with a creative streak.

Would Tesla, the company, ever offer more color options for its customers by utilizing a variety of vinyl wraps instead of old-school paint? It appears so. Tesla China recently decided to offer vinyl wrap services directly from the company itself — a clear signal that there's demand for wrapping Teslas (at least in the Chinese auto market).

This new vinyl wrap service was recently announced on the Chinese social media platform Weibo from Tesla China’s official account and was accompanied by images of a Model X wrapped in yellow.

An auto-translation of the Weibo post via Tesla China notes, "Tesla is [becoming] more and more common on the road, and it is getting easier to recognize the wrong car at the charging station. How [can you] make your Tesla different and stand out? Now the Tesla Delivery Center has... many available colors, please contact your local delivery or service center."

Tesla Cybertruck Could Be Tempered For Unique Colors Or Tattoos

At this stage, only five Chinese cities (Shanghai, Beijing, Guangzhou, Shenzhen, and Suzhou) have Tesla delivery centers equipped with this service. However, later on, other Tesla locations across China may also offer this unique service.

If this program is successful in China, could Tesla roll out this service worldwide? If the answer is yes, this opens up more questions. Could Tesla be executing a trial run of this program prior to the Cybertruck launch? Okay. If that's the case, I have a request Mr. Musk. I'd like my futuristic battle tank in army green camouflage please.