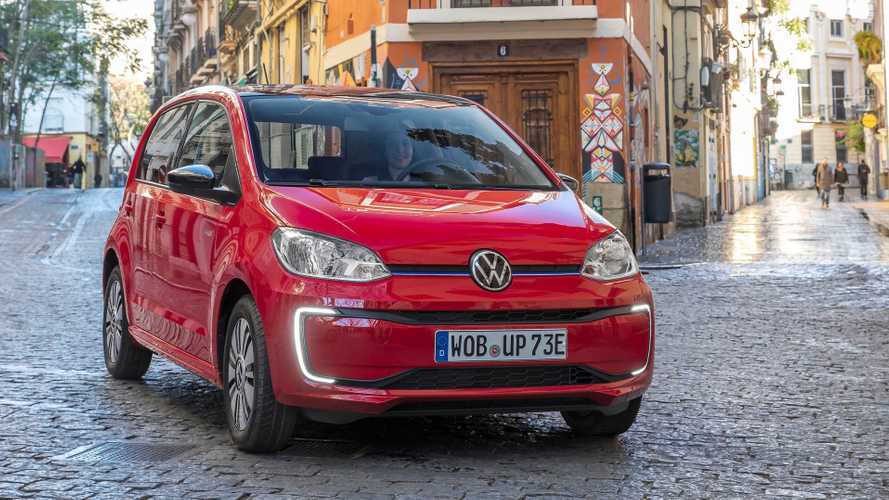 It was selling... overwhelmingly well.

The all-electric triplets - Volkswagen e-up!, Škoda CITIGOe iV and SEAT Mii electric - were priced so attractive that after applying the generous incentives in some markets, demand skyrocketed.

Because demand significantly exceeds manufacturing capacity (waiting times were about 16 months, which is early 2022), Volkswagen recently officially froze the order book. At this point, it's not clear, whether the e-up! will ever return.

It's considered that Volkswagen did not earn much on the triplets (if anything) and that the group will be switching to newer and bigger, more expensive cars - like the ID.3 or maybe an all-new small electric model (in a few years), based on a new standalone platform (the triplets were just electric versions of a conventional model).

Škoda recently confirmed that the CITIGO and CITIGOe iV will be retired completely after the current order backlog (also full) is cleared, because the brand is not interested in such small cars at all.

The availability of SEAT Mii electric is also already limited and suspected to be ceased soon. There are reports that the car is listed on the websites, but can't be configured/ordered. On the other hand, a spokesperson of SEAT Germany said to electrive.net that the order book will be opened again in 2021.

It will be interesting to see whether the triplets will return, at least some of them. We imagine that its production is now running at full blow.

Unfortunately, long waiting times for electric vehicles that customers want in high volume seems to be a common sight in the EV market.