What New Tesla Vehicle Will Elon Musk Announce Next? 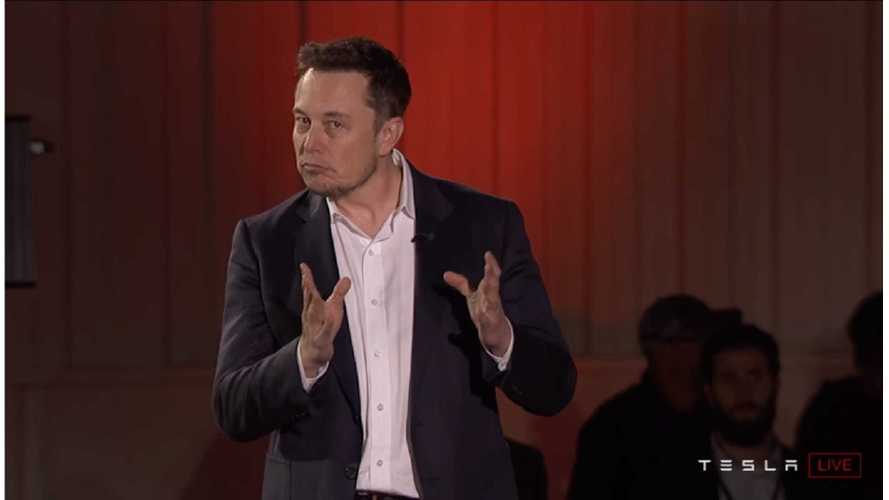 It's safe to say that Tesla has its plate full right now. There's the construction of three gigafactories simultaneously on three different continents. Then, there's production prep for the company's forthcoming Cybertruck, Semi, and Roadster. There's a 5-for-1 stock split, (possible) S&P inclusion, and Battery Day. Nevertheless, its fun to speculate what we don't (yet) know.

Above: A look at the front of a mystery Tesla (Flickr: davidgsteadman)

Perhaps the biggest question is: what will be the next Tesla announced by Elon Musk?

Considering the culture of fast action at Tesla, it wouldn’t surprise us if there might be a new car announcement sooner than most people presume.

When it come to the Silicon Valley automaker, speculation is always fun — especially as Tesla CEO Elon Musk is always providing a plethora of hints, clues, and teasers on Twitter.

The most recent breadcrumb came recently when Musk reaffirmed that a smaller truck would be “highly likely” following the Cybertruck.

With such a vague ‘confirmation’ it leaves a lot of additional questions. Where will it be built? Will it be exclusive to countries where smaller trucks are more popular? Will it just be a small truck, or will it be a small Cybertruck, as in, will it also feature the same radical sci-fi design?

The next candidate could be a much-anticipated electric compact car. Whispers of a potential compact car were heightened when it was revealed that Tesla would have a separate design center that would be built in China. A small sketch was shared along with the announcement, showcasing a compact Tesla.

Above: Illustration of a compact Tesla hatchback posted by Tesla China along with job postings for the Shanghai Tesla Design Center (Source: Tesla China)

Lawrence Allen at Autocar reports, "a more affordable model than the Model 3 will be crucial to ensure that the brand can compete on real terms with the new Volkswagen ID 3 and Peugeot e-208 hatchbacks." He points to Tesla's Q2 conference call when Elon Musk explained, "our cars aren’t affordable enough. We need to fix that... it would be reasonable to assume that we would make a compact vehicle of some kind."

Sure, both the Model S and X are not technically new Tesla vehicles. But, based on how long the design of the S and X have been in existence, many have speculated that there could be a pretty significant design update to these popular electric cars.

Above: A look at the modified Tesla Model S body used for testing it's "Plaid" prototype at Nurburgring (Source: InsideEVs)

It turns out the upcoming plaid tri-motor version of the Model S is expected sometime in the fall. Electrek recently reported on the existence of “Project Palladium” that is responsible for future upgrades to the powertrain and batteries of the Model S/X, but it doesn't seem that a design refresh is part of the package. Details about the project are still extremely limited, so it remains to be seen if this is in the works or not.

While Tesla is introducing new cars in key vehicle segments, there are a few missing spots in their lineup that could be considered "wildcards" in the future. One possibility could be a van, minivan, or bus of some kind. In fact, there might be some precedence for this based on one of Elon's prior tweets.

On Tesla's Q2 conference call, Elon Musk said it was "reasonable" to expect, "a higher capacity vehicle of some kind." This has been rumored for years and even made somewhat of an appearance in Elon Musk's second Master Plan for Tesla. Ironically, a former Tesla executive is now running a major electric bus manufacturer, Proterra. Could this, perhaps, be in the cards for Tesla?

There's other possibilities too. Could Tesla announce something really off-the-wall, like an electric motorbike or jet-ski — you just never know. After all, who would've thought the Cybertruck launch would have included an ATV of all things!

Above: Speculation on what's coming in Tesla's stable of EVs (YouTube: EVBite)

Considering all these possibilities, I guess I should weigh in with my own guess. Okay, I believe that the next car from Tesla will be an electric compact car that might start production sometime in 2024. Then again, by that time, we might encounter something else we've been waiting for from Tesla (perhaps a snake charger)?