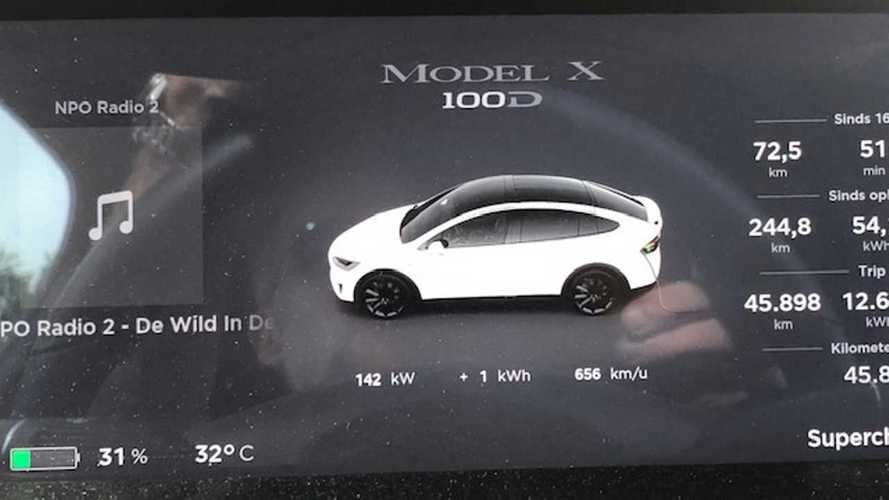 What a coincidence that happened right after our article was published.

Some say the worst Chinese curse is when someone wishes that you “live in interesting times.” That is something the press can say it is going through. Even when it presents facts, with witnesses and documents, there are people that choose not to believe it. What matters is that journalism still works, as the Tesla supercharging limitation clearly demonstrates. After we wrote about it, it is magically gone. Kaput!

We started to receive messages that supercharging speed was back to normal this week. Since those messages could be coming from Tesla advocates willing to protect the company, we have tried to contact all the readers that confirmed the issue after we wrote the first article about the restriction.

Apart from the messages that we had already received, two of the five readers who confirmed the situation talked to us about the restriction lift. Fredrik Sletten did not supercharge since he got back home from a holiday trip, but he also received warnings that things were back to normal. He also promised to update us as soon as he visits a Supercharger.

Ton Visser provided us the picture above and confirmed the speed limit is gone in the Netherlands. We hope the other readers that helped us can reinforce the good news soon.

Tesla Is Limiting Supercharging To 120 kW In Europe, But Why?

If the first people that told us about this limitation did not get in touch, the information would be circulation only in forums and Facebook groups. Anyone in need of supercharging would still experience low speeds God knows for how long.

An old saying states that “sunlight is the best disinfectant.” Despite the conspiracy theories, what journalism does is bringing things to light in the hope that this will help get them fixed. It can be frustrating most of the time, but whenever something improves, we can say it was worth it. As it was with this episode – even if we still do not know why the limitation happened.