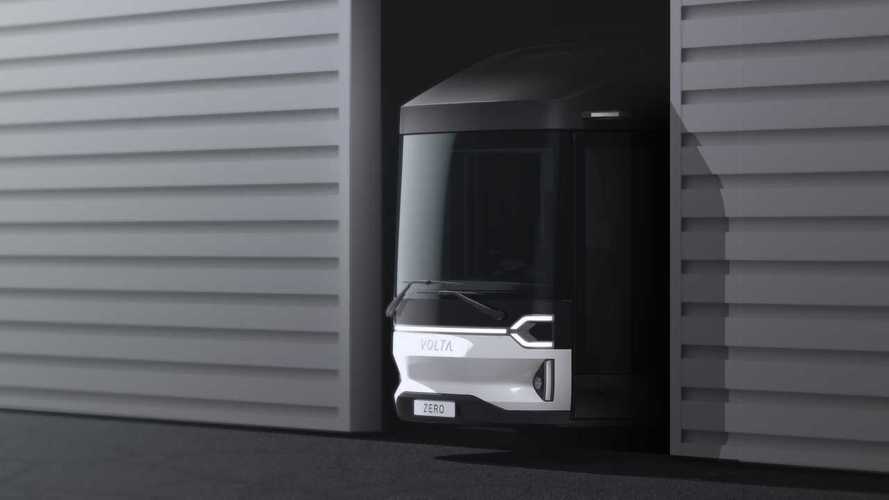 The company claims it is the first to be “purpose-built.” Will Rivian fight back?

Amazon invested $700 million in Rivian. It also ordered 100,000 electric vans from that manufacturer. While that van is still being developed, Volta decided to show a potential competitor that may even get Amazon's attention. Called Volta Zero, the company defines it as "the first purpose-built full-electric large commercial vehicle," "designed specifically for inner-city freight and parcel distribution."

We have spoken about the Volta Zero more than once, so we do not get the secrecy around the only image the company released. It is not even a photo of the production vehicle, which would be a reasonable explanation for that. Here's what it looks like:

Being a Swedish startup, Volta already has two Nordic companies in line to test the Zero: Posten – which is the Norwegian Postal Service – and Bring, the delivery service from the same Norwegian company. Norway is known for the high share of electric vehicles in annual sales. Nothing more natural than starting to have electric trucks around as well.

The premiere will be broadcast at the company's website, www.voltatrucks.com, and also at LinkedIn: www.linkedin.com/events/thelaunchofthevoltazero/. The company's CEO, Rob Fowler, will answer questions from the press after the event.

Will the upcoming Rivian van compete with the Volta Zero? When will the Zero's deliveries start? What about those of the Rivian van? We'll tell you more about that after September 3.