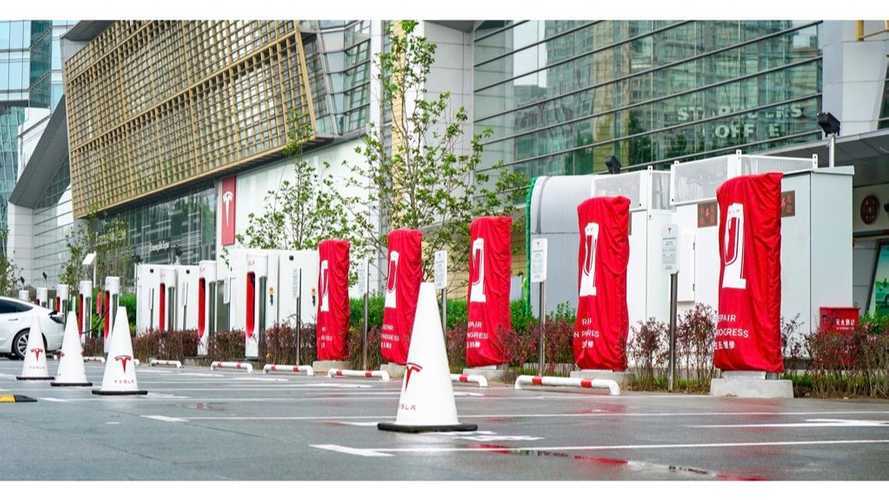 The first V3 in the Chinese capital is now ready, but it's still a drop in the ocean of needs.

Tesla has just shown a few images from Beijing where the first V3 Supercharging station went online as part of the current rollout.

It's not the first V3 in China, we believe, as at least one is listed in Shanghai, but there is not many of them either, especially taking into consideration how quickly the number of Tesla cars on the Chinese roads is increasing these days.

The overall number of Tesla Supercharging stations has increased to over 2,000 with over 18,000 individual stalls. In China, it's about 277 stations according to the supercharge.info.