Good news for the future of EV charging infrastructure

Electrify America today announced the first-ever validation of a carbon-offset project for electric vehicle charging infrastructure. This spells good news for the entire EV charging industry, as well as for the end-users.

The nationwide EV charging network is on track to meet its targets of achieving validation and verification for its first 400-plus charging station sites early next year which will include Verified Carbon Units (VCUs) from 2019 and 2020 in 48 states, excluding California and Oregon which have compliance marketplaces. 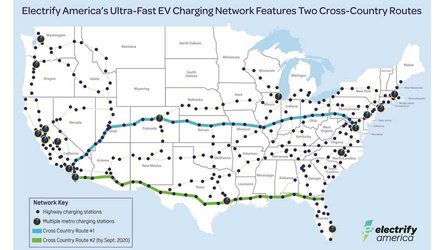 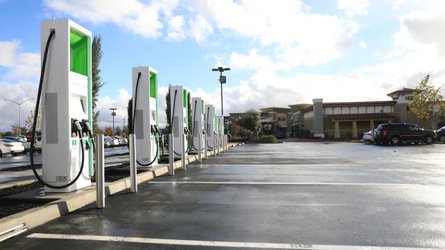 For those unfamiliar with carbon credits, they are basically a tradable certificate that represents the right to emit one tonne of carbon dioxide (or an equivalent amount of different greenhouse gas). They are like California's ZEV credit program, where automakers that sell many electric cars (Tesla, for instance) sell their excess ZEV credits to automakers that don't sell enough ZEVs (Fiat Chrysler, for instance) to satisfy California's clean air requirements.

From 2012 to 2019, Tesla raked in just under $2.3 billion from selling their credits, and it's been argued that without the sale of their ZEV credits, Tesla may not have been able to remain in business.

What we're getting at is carbon credits, like ZEV credits, are big business, and now that there is an established system for validating EV charging systems, investment in the industry will likely increase. That's because network operators will now be able to capitalize on carbon credit revenue, not just revenue from network users.

"We are excited to implement this project, which will directly reduce the impact of fossil fuels on our environment and simultaneously open up opportunities for growth in the electric vehicle industry by way of more attractive investment economics" - Wayne Killen, Director of Infrastructure Planning and Business Development for Electrify America

Because there are so few EVs on the roads today, the utilization rate for DC fast charge infrastructure is extremely low, especially outside of California. This makes it impossible for infrastructure companies to break even on their investment, let alone register a profit. Having the guaranteed additional revenue stream selling the VCUs will most definitely speed up the proliferation of public charging infrastructure.

I reached out to Wayne Killen, Electrify America's Director of Infrastructure Planning and Business Development to ask him his thought on the subject and as I expected, he was very enthusiastic about this development. I specifically wanted to hear his thoughts on how the EV drivers will benefit from this.

"The improved economics for charging stations lowers our operating costs, it allows us to deliver value pricing, and it even allows us to think about new investment, because of this incremental income." - Director of Infrastructure Planning and Business Development for Electrify America

Killen explained that this will offer a wide range of benefits to EV drivers because the network operator's budgets will be expanded. He said everything from more charging stations in premium locations to the possibility of future lower pricing is on the table. The more revenue that Electrify America (and other networks) has, the more benefits that can be passed along to their customers. 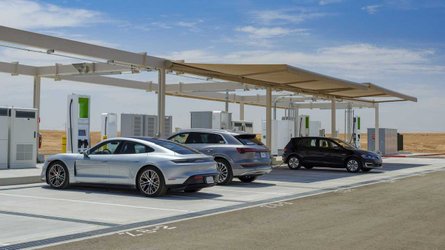 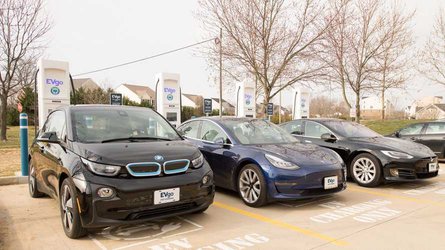 The methodology used to calculate the carbon emissions offset is first-of-its-kind, and is approved for use under the VCS Program, which is operated by Verra, a non-profit organization that develops and manages standards for climate action and sustainable development; the project has also been independently assessed by SCS Global Services.

Thoughts? We'd like to hear what you think so please leave them in the comment section below.