Nissan Transitions To CCS For US And Europe, Dealing CHAdeMO A Fatal Blow 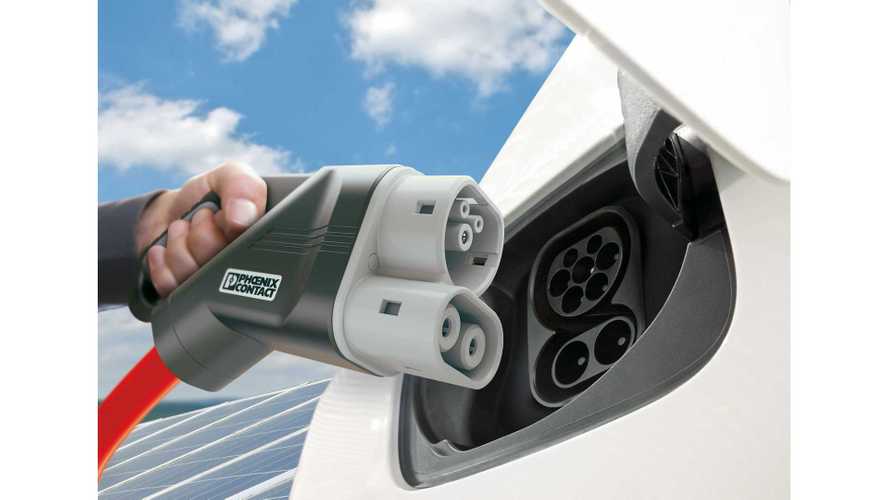 What many have called inevitable has finally happened

When the 2021 Nissan Ariya launches in the US and Europe next year, it will come equipped with a CCS (Combo) inlet, as the brand moves away from CHAdeMO in those markets. The Nissan LEAF and the Mitsubishi Outlander plug in hybrid are currently the only two EVs available in the US that use CHAdeMO, and the LEAF doesn't appear in Nissan's future plans.

When Nissan brought the LEAF to market back in late 2010, it was the first mass-produces electric vehicle, and the SAE hadn't established the Combined Charging System standard yet. In fact, it wasn't until June of 2013 when the first public CCS charging station was opened in Wolfsburg, Germany.

CHAdeMO was developed by the CHAdeMO Association, which initially consisted of the Tokyo Electric Power Company (TEPCO), Nissan, Mitsubishi, and Fuji Heavy Industries. Toyota later joined as the fifth member.

For a while, it appeared as EVs from the Asian auto manufacturers would use the CHAdeMO standard, US and European OEMs would use CCS and Tesla would use their own proprietary connector. However, even Tesla has modified its connector use recently and new Tesla Model 3s now use the Combo plug in Europe.

The 2021 Nissan Ariya will use the CCS charging standard in the US and Europe. Also of note, the chargeport is located on the front left quarter panel, not in the front like the LEAF.

Also, over the past few years as Japanese and South Korean automakers introduced their new electric offerings, one by one they came equipped with CCS inlets. Kia's first electric offering the Soul EV used the CHAdeMO standard. However, in 2019 when the 2nd generation Soul EV was introduced, it switched to CCS. Kia also uses CCS for the Niro EV. Honda's only all-electric offering, the Clarity also uses CCS, as does the Hyundai Kona Electric.

Therefore, Nissan and Mitsubishi were basically alone on CHAdeMO island, and the writing was on the wall.

All this left the Nissan LEAF as the only BEV sold in the US that uses the CHAdeMO standard, and leaving many to wonder if Nissan would continue to sell CHAdeMO-equipped vehicles beyond Japan. That question has now been answered.

The Combined Charging System, (also called Combo and CCS) "combines" the AC and DC charging pins. There are actually two different CCS standards, Type 1 and Type 2. Type 1 is used in the US and employs the J1772 connector for 120v and 240v AC charging. In Europe, the Type 2 connector is used for AC charging so the upper portion of the Combo plug is different. The illustration above demonstrates the differences in Type 1 and Type 2 Combo connectors.

CHAdeMO deployment hasn't been slowing down much globally, and there are more than 32,000 CHAdeMO charging points in the world today, over 25,000 of them are outside of Japan. Now with Nissan abandoning CHAdeMO outside of its home country, it's unclear if the standard will continue to proliferate in the US and Europe without any new cars to use it.

A Nissan LEAF charging with a CHAdeMO connector

We also need to point out that the CHAdeMO Association recently introduced CHAdeMO 3.0 or "Chaoji", which is speculated to become the new EV charging standard in China, and perhaps also in Japan. However, at this point, we don't expect Chaoji to make it's way to the US or European shores. We can envision a future with Chaoji being the single standard in Japan and China, with the combo being used basically everywhere else including Korea.

I can't say I'm at all surprised, and neither are people in the industry. For the past few years whenever this topic has been brought up in conversation with infrastructure companies or EV product managers from other brands, nearly everyone has said they didn't expect Nissan to use CHAdeMO outside of Asia past the current generation LEAF. For now, it's looking like the combo plug has emerged as the winner of the "plug wars".