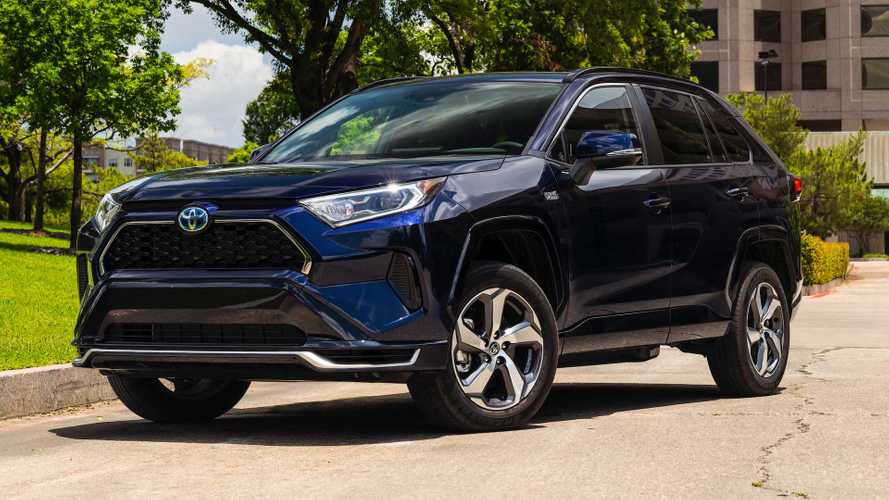 This comes as no surprise. In fact, it seems to be the new normal for compelling EVs in many cases.

It's all too often that a new and compelling electric vehicle comes to market and is widely unavailable; think Hyundai Kona Electric. Not only are many EVs only sold in specific U.S. states, but many are also limited to small-batch production, at least initially. Since dealers know there are people eager to buy them, they mark up prices significantly.

According to a recent report from CarsDirect, reports are showing that dealers are marking up the Toyota RAV4 Prime plug-in hybrid electric vehicle (PHEV) by as much as $10,000.

Check Out Similar Stories Below:

CarsDirect points to anecdotal reports, such as a recent post on Reddit. In the askcarsales subreddit, there are claims of dealers asking for $2,000 to $10,300 over MSRP for the new Toyota PHEV SUV. Another thread on the Rav4World forum mentions a $5,000 markup in addition to a $1,000 deposit. CarsDirect learned that waiting lists for the SUV have as many as 30 people on them in some cases.

The problem with this situation is that we need affordable and compelling EVs for the masses. Many people still see electric cars as vehicles for the wealthy. People that have the money and really want the RAV4 Prime may be willing to pay the premium. This doesn't leave any vehicles for the masses, and it means that those who planned to by the car at its MSRP will be unable to do so. We've already heard of this same situation related to the upcoming Ford Mustang Mach-E all-electric performance SUV.

The 2021 RAV4 Prime carries an MSRP of $39,220. Factor in the $7,500 U.S. federal EV tax credit, as well as state and local credit, and this is a very good value proposition (perhaps even better than the traditional RAV4 Hybrid, based on CarsDirect's analysis). However, again, many people (especially those who aren't wealthy) can't qualify for the federal credit and/or don't live in a state that offers regional credits.

To give you an idea of how this PHEV may impact your budget, CarsDirect says even at MSRP you could be looking at a $775 monthly payment to finance it or a $577-per-month lease with over $3,000 down. Add $10,000 to MSRP and those numbers will be much higher. You can currently lease a Tesla Model 3 for $371 per month with $4,500. Gas-powered RAV4's often come with lease deals under $200 per month and/or 0% APR financing for 72 months.

As you can say, some legacy automakers and franchised dealerships are making it nearly impossible for the typical car shoppers to make the switch to an EV.

The popular SUV now has a terrific plug-in option and this is where you can learn more about it.