This comes from the Global EV Outlook 2020. 'Entering the decade of electric drive?' 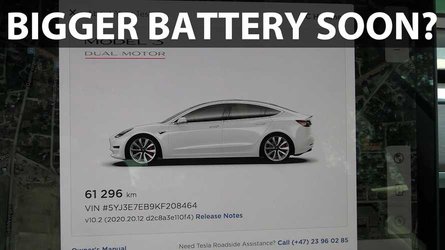 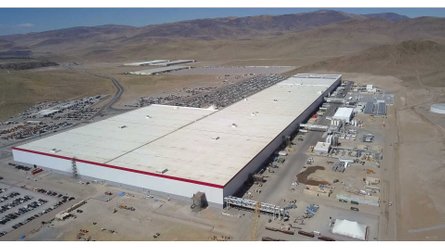 Tesla Is Leading The Charge In A Battery Revolution

The International Energy Agency’s Global EV Outlook is an annual publication that reports on the current state of electric mobility around the world. It always contains important insights about the EV market, and this year’s report is no exception.

Over 2.1 million plug-in vehicles (pure electric plus plug-in hybrid) were sold globally in 2019—a 40% year-on-year increase over 2018, which was itself a record year. Plug-in cars accounted for about 2.6% of global car sales.

Electrification has been rapid. In 2010, there were a mere 17,000 plug-in vehicles on the world’s roads. By 2019, the number had grown to some 7.2 million—about 1% of the global auto fleet. The growth has been concentrated in a few regions—47% of the world’s plug-ins are in China—but it is gradually expanding geographically. Nine countries had more than 100,000 plug-in cars on the road in 2019, and market share has passed 1% in at least 20 countries.

The new IEA report has several interesting things to say, especially concerning electric buses and two- and three-wheeled vehicles, which are expected to be major growth segments in China and India. It only briefly mentions the world’s most prominent electric automaker, but the impressions of Tesla’s tire-prints aren’t hard to detect in the section on projected trends in the battery field.

Briefly stated, battery capacities are going up, and battery costs are going down, and Tesla continues to be an important driver of both these trends. By 2030, the IEA expects the average EV to have a battery size of 70-80 kWh, and an average range of 217-248 miles. That figure may sound overly conservative to a Tesla owner (250 miles is about the lowest range you can get in a Tesla today). However, maximum range isn’t everything, and the IEA may be projecting large numbers of low-priced EVs aimed at buyers for whom a 200-mile range is quite sufficient.

The IEA expects global EV battery capacity to explode (figuratively speaking, of course), from around 170 GWh per year today to 1.5 TWh per year in 2030 (in the “Stated Policies Scenario,” based on existing government policies) or 3 TWh (in the “Sustainable Development Scenario,” based on the climate goals of the Paris Agreement). Modes of transport other than cars are expected to account for only 11% of battery demand in 2030, so electric passenger cars (Tesla’s specialty) are central to the development of the battery market.

Battery costs are expected to continue their steady downward trend. According to the IEA, battery pack prices averaged more than $1,100 per kilowatt-hour in 2010. By 2019 they had fallen to $156 per kWh. Industry pundits posit that a pack-level price of $100/kWh will prove to be the tipping point at which EVs can be sold for the same price as legacy vehicles, and will herald the final days of the Oil Age. No automaker publishes the price of its packs, but it’s widely believed that Tesla’s costs are below the industry average, and some expect the company to announce that it has cracked, or at least gotten close to, the magic $100 mark, at Battery Day on September 15.

One of the main reasons that costs have declined is that production volumes have increased—a trend traceable to a certain battery factory in Nevada. The IEA report notes that “the delivery of new mass-market models such as the Tesla Model 3 caused a spike in sales in 2018 in key markets such as the United States.”

As costs have declined, energy density has increased, and there is every reason to believe that this trend will continue. Scientists tell us that there is a theoretical limit to the density that can be achieved with lithium-ion technology, but the IEA believes that substantial room for improvement remains. Researchers all over the world are working diligently to improve all three key components of Li-ion cells: cathodes, anodes and electrolytes. Battery-makers are also constantly working on new and improved ways to assemble the cells into packs (for example, Tesla has reportedly investigated a design that puts cells directly into a pack, without modules, which could save as much as 25 percent in production costs).

Scientists are working on other “beyond lithium-ion” technologies (including lithium-metal, lithium-sulfur, sodium-ion and lithium-air), and advances are regularly being reported. However, the IEA expects the Li-ion battery to remain the mainstay of the EV market for the next decade.

Make no mistake, however: electrified vehicles are already greener than gas burners, and they are steadily getting greener. The IEA report unequivocally states (as many others have) that the lifetime greenhouse gas emissions of a plug-in vehicle are lower than those of an average internal combustion engine vehicle.