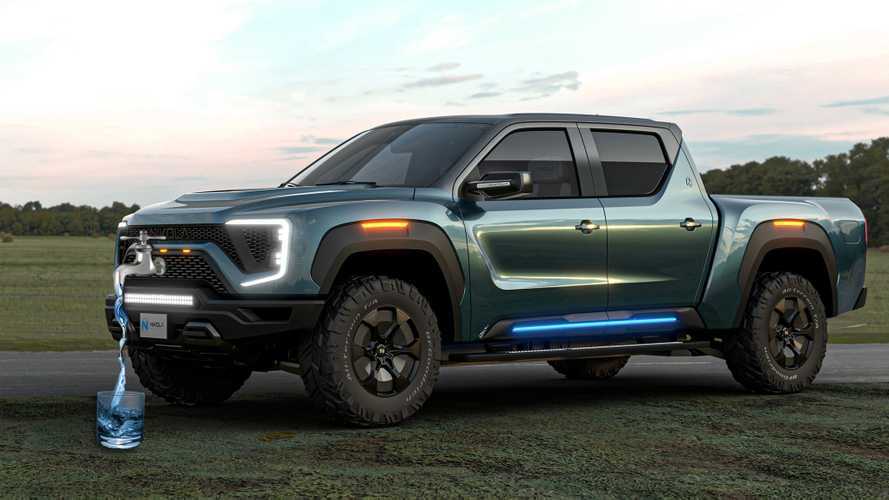 The only byproduct generated by a working hydrogen fuel cell is water, so why let it go to waste?

The Bollinger B2 allows you to crawl into the front cargo compartment from the cabin, the Rivian R1T can do tank turns and the Tesla Cybertruck looks like a sci-fi movie prop. All upcoming electric pickups have at least one crazy feature, and Nikola doesn’t want its Badger to not stand out in this rather difficult crowd.

Sure, the Badger is a fuel cell vehicle, so that sets it apart from other electric pickups, but Nikola didn’t want to stop there. As you are probably aware, hydrogen fuel cells generate one byproduct: water, which can be allowed to run off and go to waste, or it can be used.

According to a recent Tweet by Trevor Milton, the CEO of Nikola Motor, the company is actually planning to capture that water and supply it to occupants. Yes, that’s right, the Badger will reportedly come with its own tap.

In fact, Milton wants to take things even further and has reached out to Soda Stream USA to look at how a soda machine could be incorporated too. This all sounds like a fun addition to an FCV, but how safe is drinking this drainage water?

Well, Toyota, for instance, doesn’t recommend drinking the water that comes out of its Mirai FCV. On top of this, the water that results from a working hydrogen fuel cell is devoid of any and all minerals normally found in water - it is distilled water and there are mixed views about whether or not you should drink that.

Distilled water isn’t inherently bad for you, but it strictly quenches thirst and doesn’t give you any nutrients whatsoever. Furthermore, it’s been scientifically proven that distilled water has a tendency to absorb minerals from any and all surfaces it touches - if you store it in plastic, it tends to take in some trace amounts of the material and this is not ideal for safe drinking water.

On top of all this, this is clearly just a bit of a publicity stunt by Nikola, in order to get the word out about its upcoming pickup. However, the company has yet to show a single working prototype, while at the same time it recently just opened the pre-order books for the vehicle; it wants a (fully refundable) deposit of between $250 and $5,000 to secure an example and its expected retail price is around $60,000.