New Byton EV Will Resurrect GMD T.27 And Peugeot 1007 With A Single Car 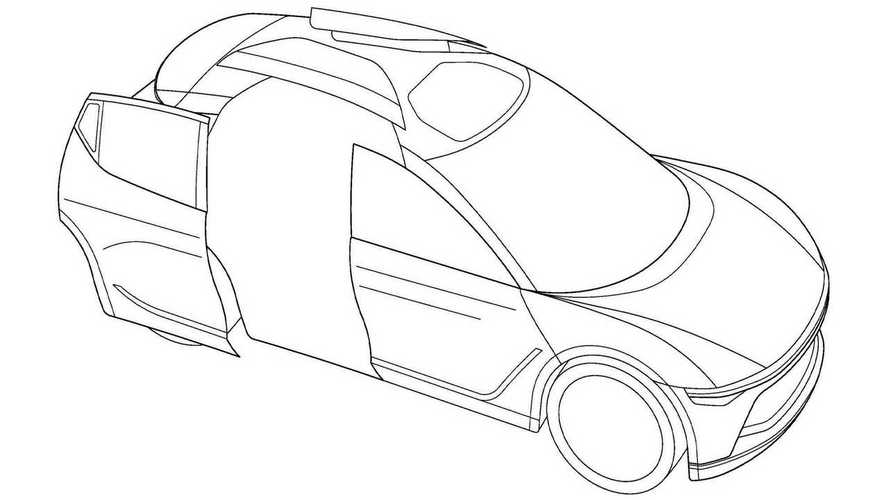 It has sliding doors, three seats, and a central driving position.

Some cars never get produced and, even so, we miss them. Dearly. That’s the case for the Gordon Murray Design T.27. Introduced in 2010, the innovative urban car had three seats, a central driving position, and the iStream production method. It was slated for production in 2016, but we never heard about it again. While we wait, Byton may bring some of the features that make the T.27 unique. These patent images from China show it will also have sliding doors, something only the Peugeot 1007 offered in the urban car segment.

The patent images show a small vehicle, probably shorter than 4 m (157.5 in). It is also a very unusual one. It seems to have a very small sunroof over the driver seat. Speaking of the roof, it has parts that raise as tiny gull wings. The doors themselves – only two – slide towards the rear.

More Articles On Patents And Leaks:

The roof bits that raise were probably meant to help the driver reach the place behind the steering wheel. We still wonder if the side body panels really do not move. The patent images do not show them doing that, which implies they look like doors, but are fixed panels. If they weren’t, access to the driver seat would be much more comfortable.

When we mention the steering wheel, it seems to be just one of the options the car has. We can also see a sort of airplane control wheel in the images – as if you could buy it with either one. On both sides, big screens seem to make the role of the rear-view mirrors: the new EV does not have them. On the other hand, big screens seem to be a Byton requirement.

The impression we have is that the control wheel will be used for a concept version of the urban Byton and that the production version will have the steering wheel. The rear-view screens are there either way.

Another hypothesis is that the control wheel is retractable – as one of the images suggests. That would make it perfect for an autonomous version of the car – which reinforces the idea this option is just for a concept.

The rear seats do not face the front of the vehicle. They are slightly tilted toward the windows, which may make them offer less room for these passengers. Byton probably has a good reason to arrange them this way. Without this excuse, they only look peculiar.

Considering COVID-19 has halted auto shows for the time being and will probably postpone all the ones that resist, this concept could make an appearance in an online event. We hope the production version the steering wheel suggests makes it to production. If we can’t have the T.27, this urban Byton – whatever the company decides to call it – may be an attractive option for city traffic.