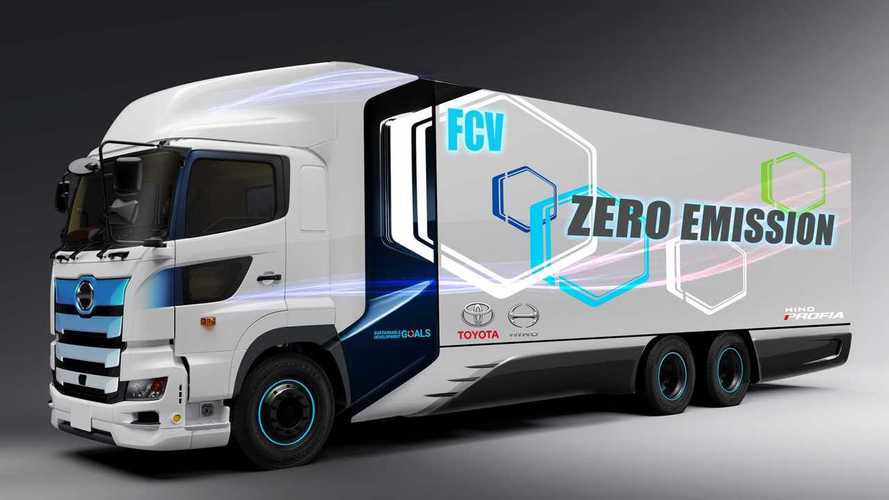 Toyota is the only large mainstream manufacturer putting all its eggs in the fuel cell basket.

Most manufacturers nowadays either already have a battery electric vehicle on sale or are preparing to launch one in the near future. Toyota is not one of them and it’s odd because it was the automaker that made the hybrid commercially viable and a sales success.

But now it’s falling behind other automakers since instead of investing in battery-powered EVs, it’s banking solely on fuel cell EV tech. And while FCVs do have a lot of potential and several advantages over BEVs, their high cost and lack of hydrogen fueling stations in most parts of the world renders them highly impractical.

In spite of all this, Toyota persists in its ambition to sell FCVs instead of BEVs because so far it’s yet to announce the launch of any of the latter. When it comes to FCVs, though, the Japanese manufacturer is looking to launch its second generation Mirai purely as a fuel cell vehicle; it will probably debut in late 2020, early 2021.

It does sell one fully-electric vehicle, the Lexus UX300e, but it doesn’t plan on making a more affordable Toyota version of it. And according to a recent report published on Automotive News, the manufacturer is now teaming up with no fewer than five different Chinese companies to jointly develop FCV.

These companies are Beijing Automobile Group Co., China FAW Corp., Beijing SinoHytec, Dongfeng Motor and Guangzhou Automobile Group. Toyota will own 65 percent of the new entity which will be called United Fuel Cell System R&D and whose initial investment will be $46-million.

The goal of this new joint venture is to to research and development work on fuel cell electric vehicle powertrains for commercial vehicles. The main goal they will be working towards is to have one million FCVs on the road by 2035, most of which are expected to be trucks and buses.

Another task it will have to achieve is popularizing and promoting FCVs across China. The country is open to committing to fuel cell vehicles and it has the industrial power to actually make it happen, even while BEVs also gain popularity.

According to the source article, China is expected to receive some $17-billion in fuel cell-related investments by 2023; the largest investor is China National Heavy Duty Truck Group which intends to invest $7.6-billion to develop and manufacture fuel cell commercial vehicles. However, it is worth noting that most of this is only on paper right now since no more than 5,000 FCVs are expected to be sold in China by next year.