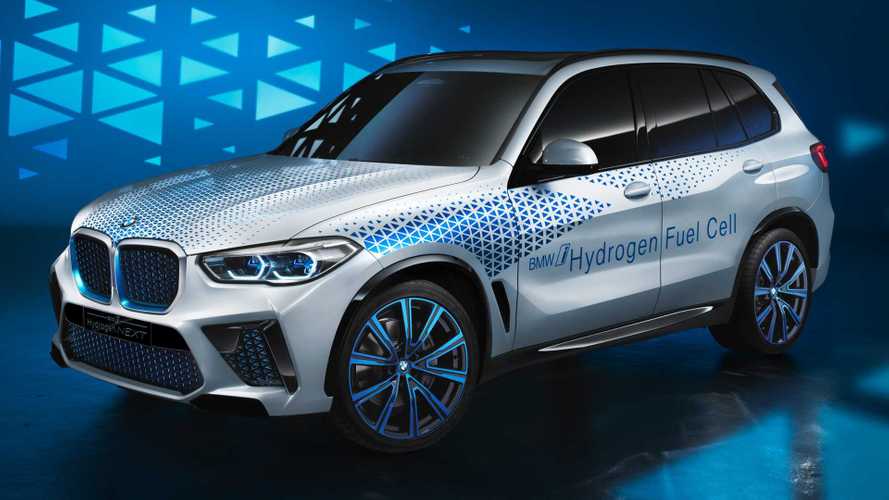 There may also be X6 and X7 FCV variants too.

BMW has announced plans to launch a fuel cell electric version of its current X5 in 2022. It won’t be mass produced, though, and the plan is to offer a small series of vehicles to test the technology and the market.

The X5 FCV was previewed by the i Next Hydrogen Concept which was shown at the 2019 Frankfurt motor show. However, it may not be the only large BMW SUV to feature the powertrain; according to Klaus Fröhlich, Member of the Board of Management of BMW AG, Research and Development,

'The hydrogen fuel cell technology could quite feasibly become the fourth pillar of our powertrain portfolio in the long term. The upper-end models in our extremely popular X family would make particularly suitable candidates here.'

He he does point out that they

'Are convinced that various alternative powertrain systems will exist alongside one another in future, as there is no single solution that addresses the full spectrum of customers’ mobility requirements worldwide.'

And added that in BMW’s view,

'Hydrogen as energy carrier must first be produced in sufficient quantities at a competitive price using green electricity. Hydrogen will then be used primarily in applications that cannot be directly electrified, such as long-distance heavy duty transport.'

What this basically means is BMW is clearly not abandoning the development of fuel cell propulsion. The powertrain that will be used in the X5 FCV will generate 170 horsepower from the chemical reaction (between hydrogen and oxygen from surrounding air) alone, but thanks to extra stored electricity, peak power will rise to 374 horsepower under hard acceleration.

Gallery: BMW i Hydrogen NEXT concept at the 2019 Frankfurt Motor Show

The SUV will carry a pair of tanks pressurized to 700 bar which will hold up to 6 kilograms of hydrogen. BMW doesn’t say how much range the X5 FCV will have, but it will be a ‘a long range regardless of the weather conditions.’ This is an obvious allusion to the fact that battery electric vehicles’ range varies greatly depending on the weather in general and outside temperature in particular.

It is also worth noting that BMW is developing these fuel cell electric powertrains alongside Toyota, the result of a partnership that was started in 2013. BMW is one of the few automakers whose view is that fuel cell technology definitely has a future and it says FCVs could become as cheap as internal combustion engined vehicles by 2025.