It’s a sleek, rear-wheel drive sedan that looks nothing like its fussy predecessor

Toyota has opted for a radical rethink for the second generation of its Mirai fuel cell electric vehicle. It’s now a sporty looking rear-wheel drive sedan that promises superior handling and driver enjoyment, as well as extra range over its predecessor.

The first generation Mirai, launched in 2014, was a striking car to behold, but while its looks were certainly a conversation starter, they didn’t win it that many fans. This all-new model bares absolutely no resemblance to the previous Mirai, and it’s all the better for it.

There’s definitely a whiff of Kia Stinger about it (even though that car is a liftback, not a sedan), but the Mirai certainly has its own thing going in terms of design. The hood is really long, the greenhouse placed way back, just like in big, luxury barges with a longitudinally-mounted internal combustion engine. 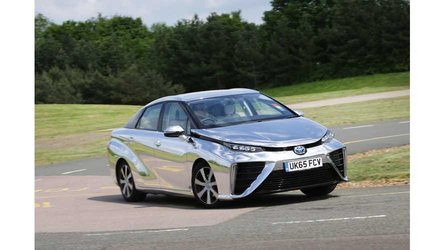 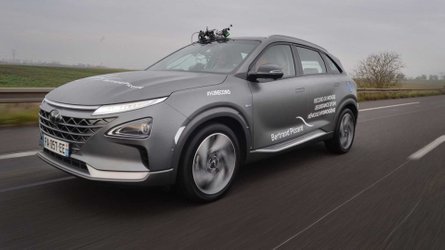 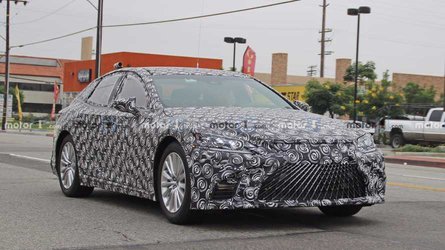 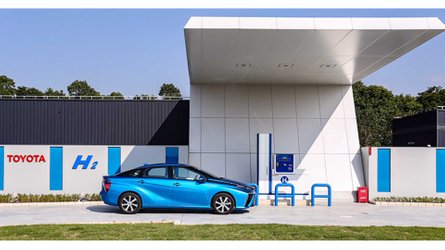 Toyota clearly wants the new Mirai to appeal to buyers who want a premium looking car and based on what we’ve seen in the press photos, they seem to have succeeded. It just looks like a big, expensive car with good proportions, restrained styling and little indication that it doesn’t burn gasoline.

Move inside and the same air of quality persists. The layout is typically Toyota, but there’s also a bit of Lexus sprinkled in too. There are no analog dials - the driver has an 8-inch fully-digital gauge cluster to provide information. The central part of the dash is dominated by a 12.3-inch display which seems to be placed quite high (thus improving safety since you don’t have to look down at it and take your eyes off the road).

Thankfully, it looks like Toyota decided to go with physical buttons for the climate controls, so you won’t have to operate the infotainment to change the temperature or enable the seat heaters. One cool design touch is how the center console flows into the long, thin air vents - this is definitely an elegant way to integrate them.

Toyota opted to put a big wireless charging pad for smartphones right behind the gear selector and next to the two cupholders - manufacturers usually put it in a less visible place. Overall, the interior looks like a nice (and expensive) place to sit, complimented by tasteful bronze accents and matching contrasting stitching.

We’re pretty sure Toyota will give the new Mirai performance to match its sporty looks. All the manufacturer is currently saying is that this new model is stiffer than before and its center of gravity is lower. But as of right now, it has shared next to no information about how it’s improved the fuel cell powertrain.

Range is said to have been improved by around 30 percent over the old Mirai FCEV. This means it should rise from 300 miles to roughly 400 miles in the new model. The official press blurb also tells us that the improved powertrain offers “ linear, smooth response when pulling away and an elegant driving feel, with unity between the driver’s throttle inputs and the car’s acceleration. “

The vehicle you see in the photos is not the final production spec; Toyota recently showed it off to members of the European motoring press at an event in the Netherlands where they called it a preview. However, it looks ready for production as is and we don’t expect it to change in any significant way before it goes on sale in late 2020.

Toyota led the world with the introduction of the hydrogen-powered Mirai sedan in 2014. Now it is getting ready to take its advanced zero-emission fuel cell electric vehicle (FCEV) technology to new heights, with the second generation model.

Mirai has been a catalyst for increasing global awareness of how a future clean and sustainable hydrogen society might be achieved. It is a car that is technically sophisticated, yet eminently practical with a driving range of around 500 km, easy refuelling in a matter of minutes and no emissions other than pure water. Since launch, around 10,000 have been sold, while Toyota has actively supported the development of hydrogen fuel infrastructure in key markets worldwide.

This has been just the beginning: at the 2019 Tokyo Motor show, Toyota provided an early glimpse of the advances it is making across the board with the new Mirai, in terms of technical excellence, dynamic performance, and desirable design.

Scheduled for launch in late 2020, initially in Japan, North America and Europe, the new Mirai will be much more than an eco-car, showing how its FCEV technology is no barrier to creating a vehicle that is rewarding to drive and beautiful to look at.

Efficiency is still a critical area, and Toyota is targeting a 30% increase in the Mirai’s driving range through improvements to the fuel cell system and the use of larger on-board hydrogen tanks. There are now three tanks – one long, two short – which together increase the fuel capacity by around one kilogram of Hydrogen compared to the current model.

Yoshikazu Tanaka, the new Mirai’s Chief Engineer, said: “We have pursued the goal of making a car that customers will feel they want to drive all time, a car that has an emotional and attractive design and the kind of dynamic and responsive performance that can bring a smile to the driver’s face.

“I want customers to say ‘I chose the Mirai not just because it’s an FCEV, but because I simply wanted this car; it just happens to be an FCEV.’ We will continue our development work focusing on that feeling, and we hope that with the new Mirai we will be a leader in helping realise a hydrogen energy society.”

The new Mirai’s immediate impact is in its exterior design, with low lines, elegant proportions, sleek, taut bodywork and large, 20-inch diameter wheels that together generate a powerful and distinctive look.

The interior has been conceived as a simple, modern space with a warm, comfortable ambience that adds to the sense this is a car that’s genuinely enjoyable to drive and travel in. Key elements include a 12.3-inch centre display and an instrument panel that wraps around the driver. The platform and intelligent packaging allow for five seats to be provided in place of the current Mirai’s four.

The freedom to craft a more emotional and head-turning design has been one of the benefits of new Mirai being constructed on Toyota’s latest rear wheel drive modular platform, which was engineered to accommodate different powertrains – including a hydrogen fuel cell – at the outset. It further gives the new Mirai a higher degree of body rigidity, which contributes to greater agility and responsiveness, and a lower centre of gravity, which makes for nimble, rewarding handling.

As well as extending the potential driving range, improvements in the performance of the fuel cell system give the new Mirai linear, smooth response when pulling away and an elegant driving feel, with unity between the driver’s throttle inputs and the car’s acceleration. Handling is light and easy on winding roads, while highway driving produces a sense of power at all speeds.