It makes it clear that following in its predecessor’s highly successful footsteps was difficult and allowed for zero missteps.

Looking at the new all-electric Fiat 500, you might start to think that the automaker was a bit lazy in redesigning it. At first glance, it looks a whole lot like the gasoline-burning car before it, but as is so often the case in life, that first appearance can be deceiving.

Fiat was kept afloat by the 500 it launched way back in 2008, a model which was so good and popular that it’s still in production today with minor updates. In fact, it will be kept in production in parallel to the new electric model just because there’s still demand for it.

With this new model, the manufacturer wanted to keep all the aesthetic qualities that made the older 500 such a hit, but in a more premium, grown up and electric-only package; a lot of work went into making this new 500 and if you’re curious about the process behind its creation, you can check out this behind the scenes documentary that shows exactly that. 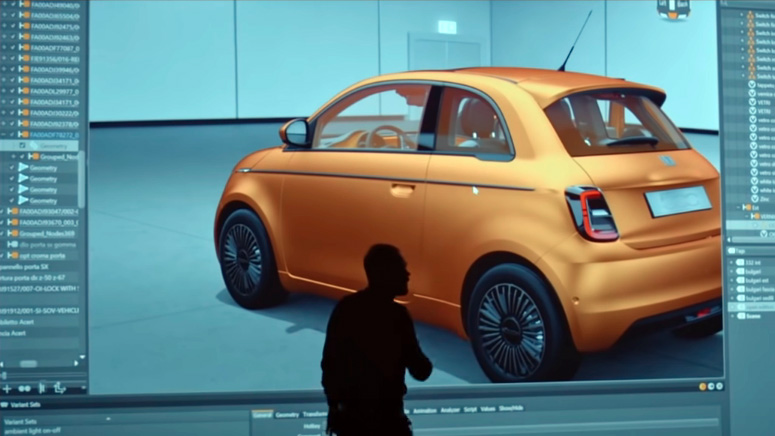 On top of showing how Fiat made the new electric 500, the video also reveals to us the look of the hatchback body style for the model. So far, we’ve only been shown the soft top version of the 500; the hardtop has not been officially revealed yet, but at exactly 6:46, a rendering of it is briefly shown - now we don’t believe this was accidental, so it’s probably Fiat’s way of teasing the upcoming body style.