Considering BEV/PHEV sales, BMW Group numbers are decent in relation to competitors, but not in the U.S.

BMW Group (BMW and MINI brands), as in previous months, released an interesting set of global electromobility charts for the first four months of this year to show its market position within competition. The car registration data comes from IHS Markit.

We must admit that at least in some aspects, the German manufacturer is doing pretty well.

BMW 330e Gets 22 Miles Of EPA Electric Range, But Is Not Efficient Beyond That

During the opening four months, BMW brand was the second most popular plug-in brand with a market share of 12%.

The biggest player is currently Volkswagen (17%), and, as you can see, the top four is all-German with Audi at 10% and Mercedes-Benz at 9%. 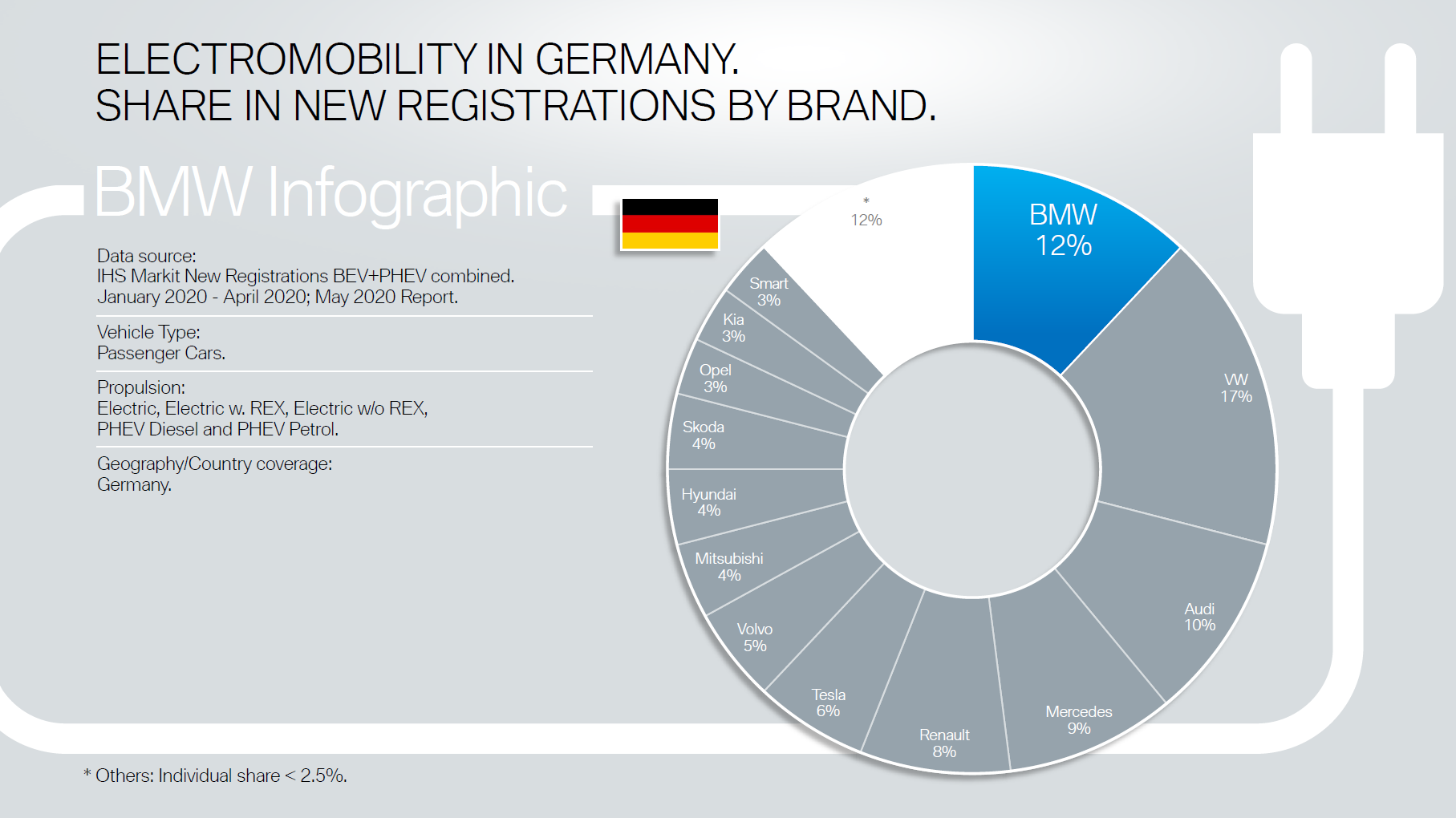 In Europe (most of Europe, to be precise), BMW is at a similar level to Tesla and Volkswagen - all with 10% share. In fourth is Renault at 9%. 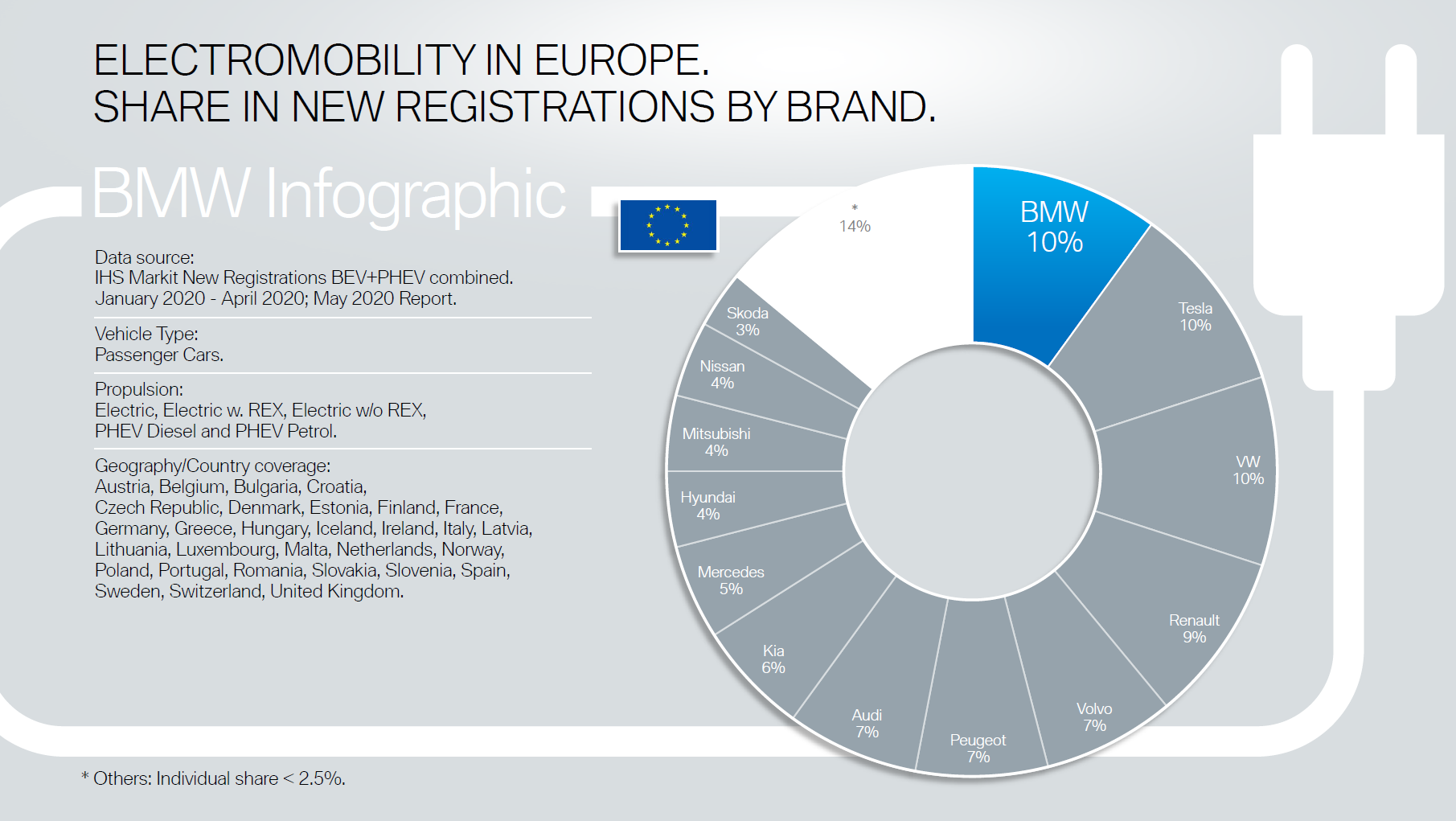 Globally, BMW's share remains at 7%, equal with Volkswagen, but the clear market leader is only one - Tesla at 24%! 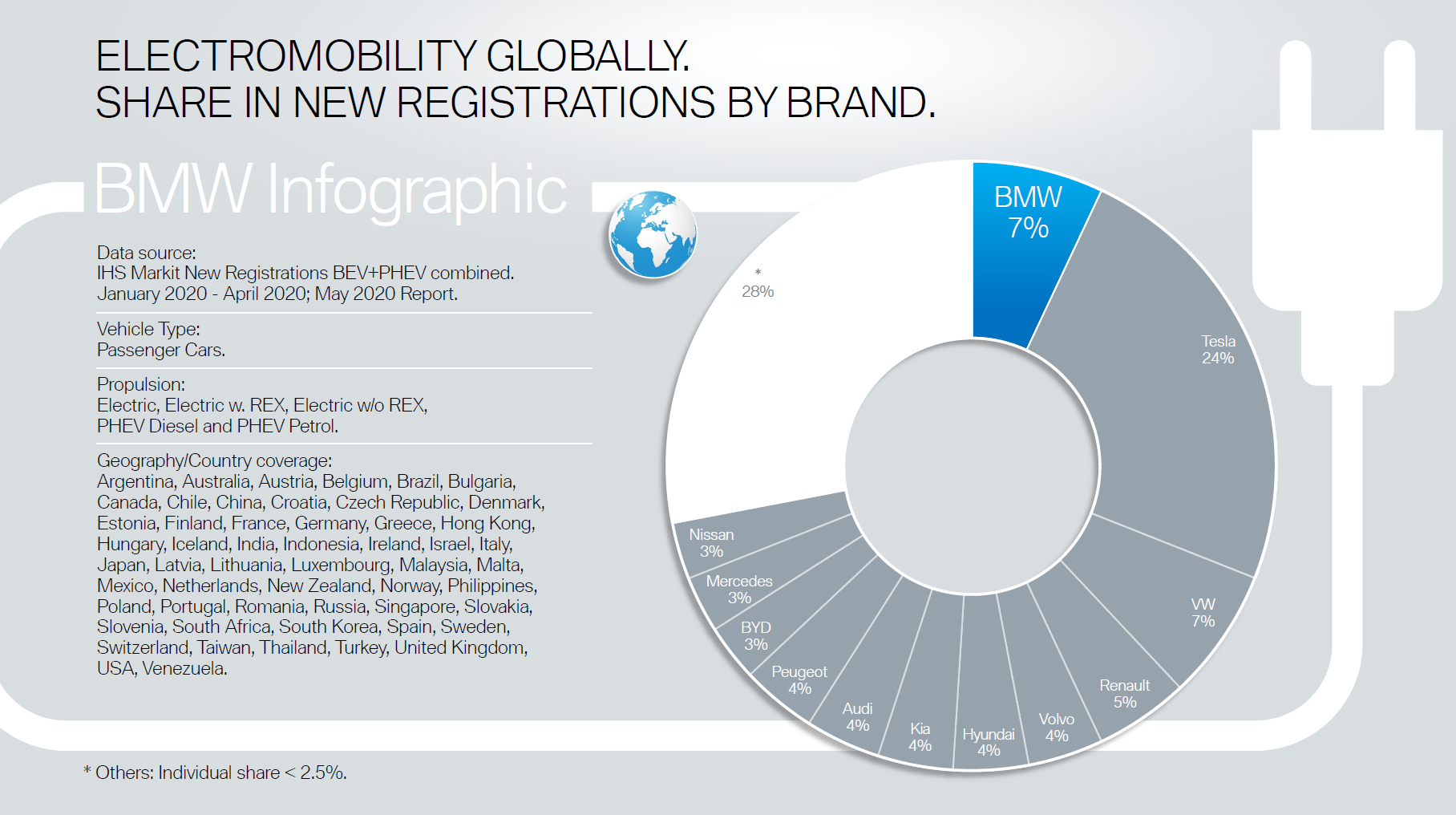 BMW i3's share in the compact BEV segment this year is now "just" 8% (it was over two times higher last year). 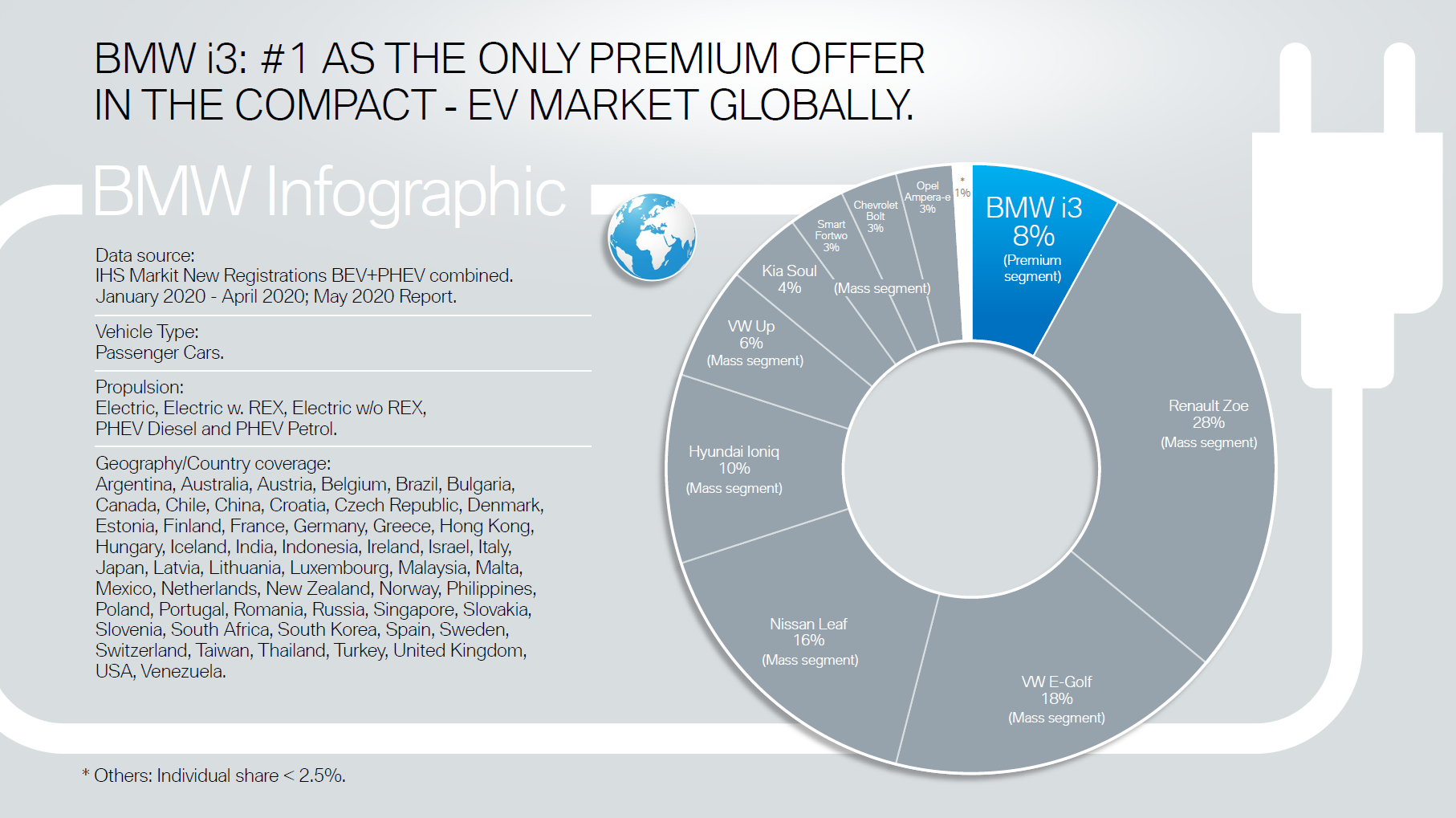 However, in the U.S., so far this year only 4.1% of BMW Group cars were plug-ins, which is noticeably below the market average of 5.5%. That would explain why BMW is no longer releasing sales results for the plug-in segment in the U.S. (we have numbers only for the i3/i8). 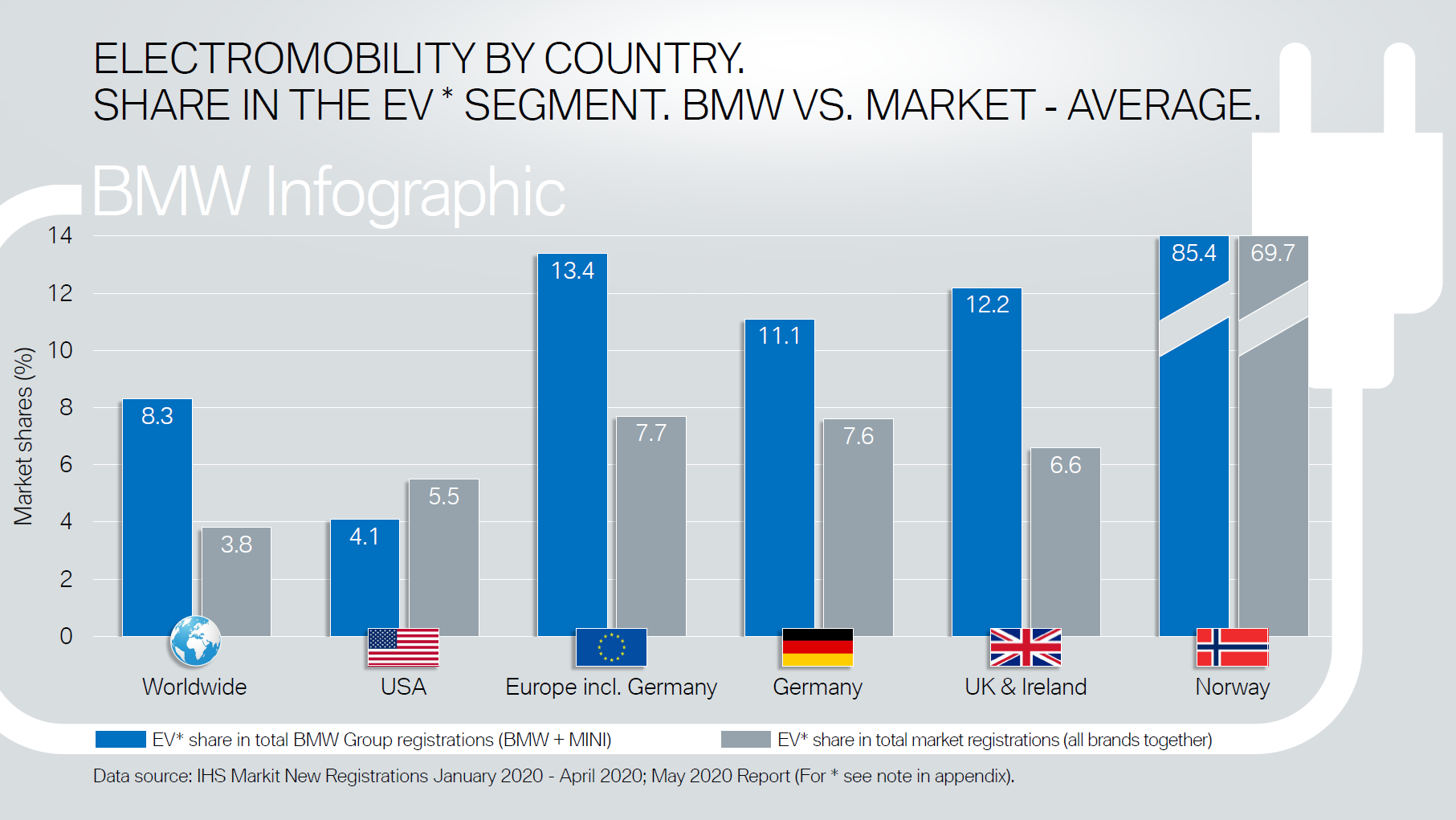 Finally, BMW Group share in the plug-in segment in particular markets is noticeably higher than the company’s share in the ICE segment, which means that the switch to electric brings a general gain of market share for the group (no change here compared to previous months). 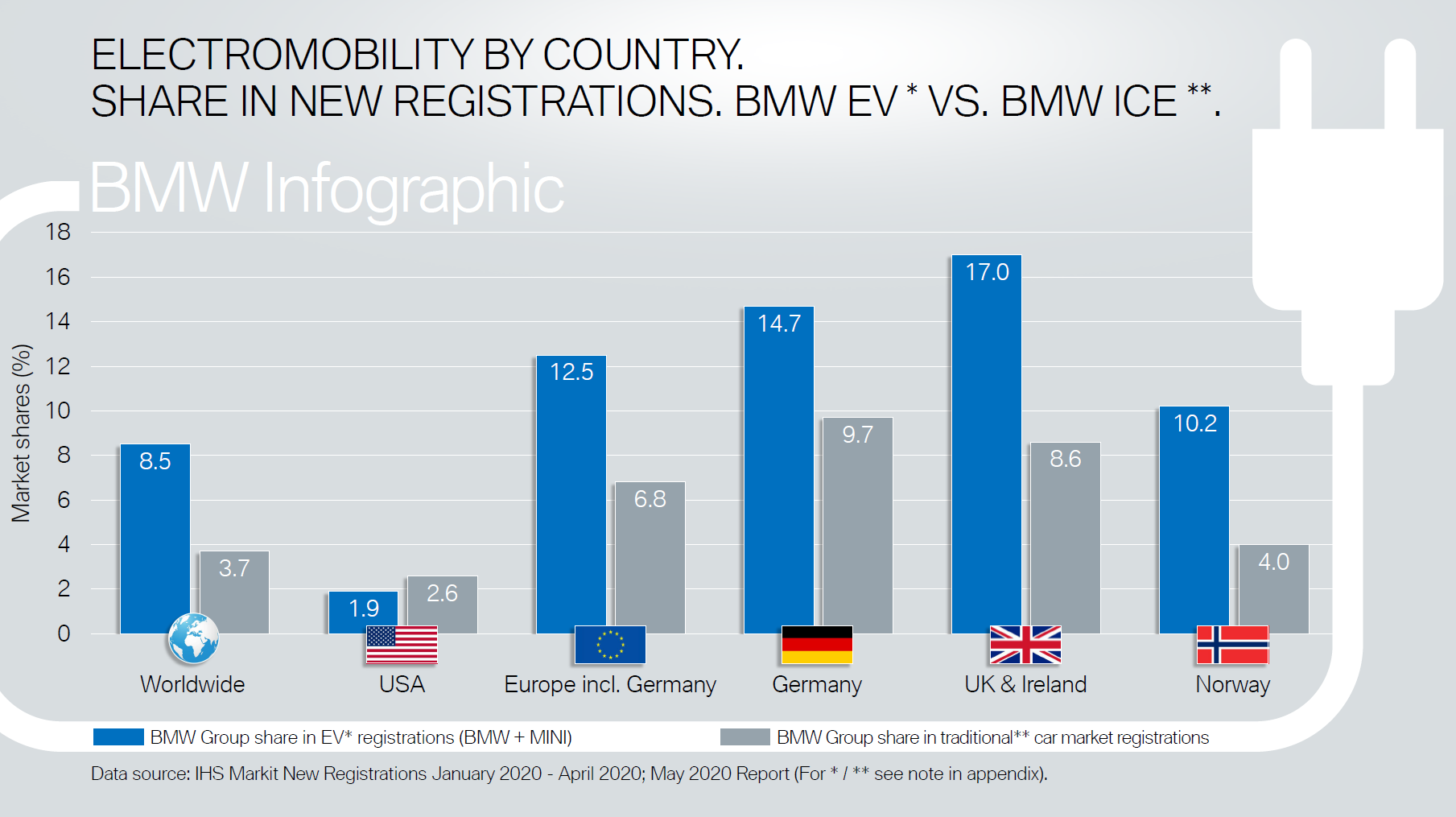