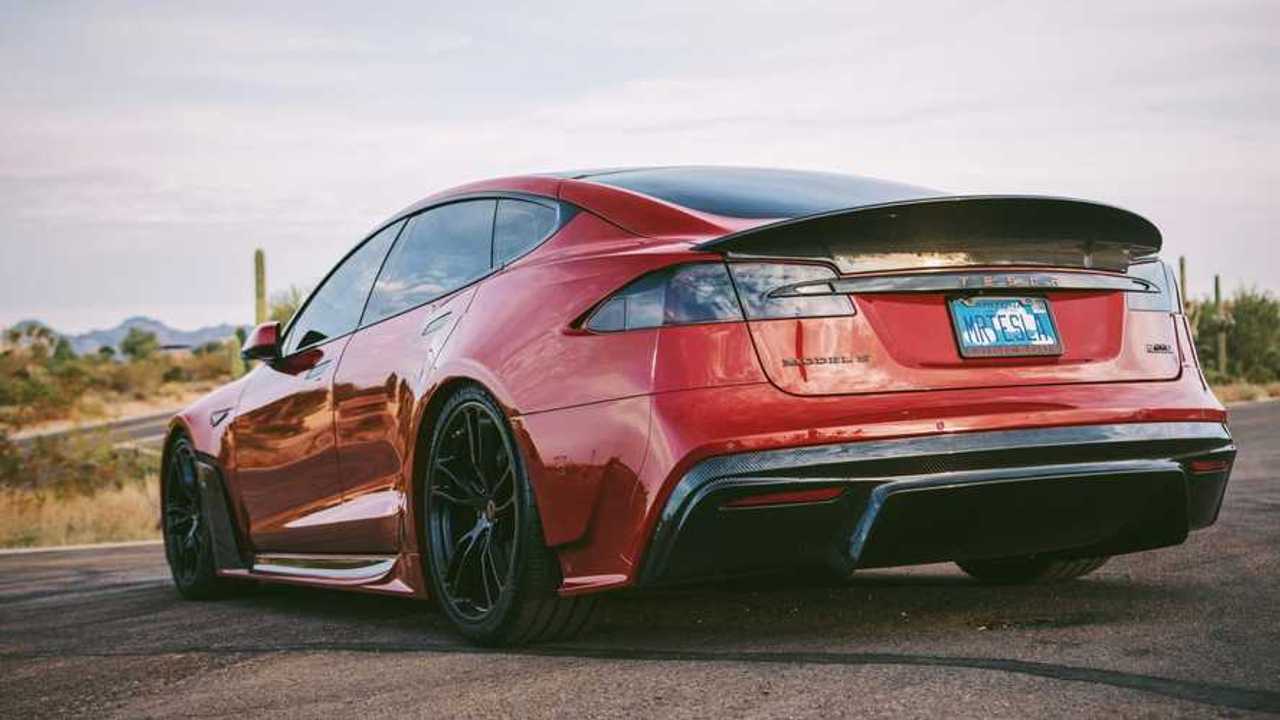 Just as long as you only tackle suspension, weight reduction and body modifications.

One of the points touched upon Elon Musk in his Joe Rogan Podcast had to do with modified Teslas. Rogan specifically asked Musk what his thoughts on the Unplugged Performance S-Apex kit for the Model S were and the Tesla boss seemed pretty on board with the whole idea.

Musk said ‘ sounds good to me, sure ‘ and confirmed he has ‘ no problem ‘ with people modifying Teslas in this way. Regarding the Unplugged Performance kit, which he appeared to to be seeing for the first time, he concluded that ‘ it looks pretty nice, ‘ which we also think it does as it makes the Model S look like some factory performance variant (it’s a well designed kit that adds to the car).

The matter of squeezing more power out of the car’s electric motors didn’t arise, though. Besides, tuners are still unable to do that yet and all you can really do to make your Tesla faster is to fit it with the bigger motor from the Performance variant (if yours isn’t already that version).  Otherwise, all you can really do to improve its straight line performance is to get rid of some weight, but that could compromise its luxury feel and its day-to-day usability, depending on how far you go with it.

Watch A Tesla Model 3 Get Lowered With T Sportline Springs

Electrek reached out to Ben Schaffer, Unplugged Performance’s CEO, who basically said his company is doing what Tesla could do but can’t yet because it’s focusing on other things - making dedicated performance variants, with crazy body kits and track driving in mind is not high on the EV manufacturer’s priorities list right now.

Schaffer added that Unplugged’s kits are for those who are willing to sacrifice some of the car’s efficiency and range in the quest for having a more performance-oriented driving machine. He also said that he feels honored by Elon’s words and that it makes the work they do more rewarding.

Maybe, in the future, Unplugged Performance could be co-opted as an in-house tuning division, kind of like what AMG is to Mercedes. AMG started as a separate company but was ultimately bought and incorporated by Mercedes. Or it could go down the Brabus route - to remain an independent company that is approved by and has strong ties to the manufacturer.

Whatever happens in the future, it’s a nice touch that companies like Unplugged Performance or T Sportline offer modifications for those Tesla owners that are actual car guys and driving enthusiasts, people who want their cars to look and handle in a more sporty fashion than what the factory can offer.