Computers On Wheels Are More Prone To Personal Data Hacking 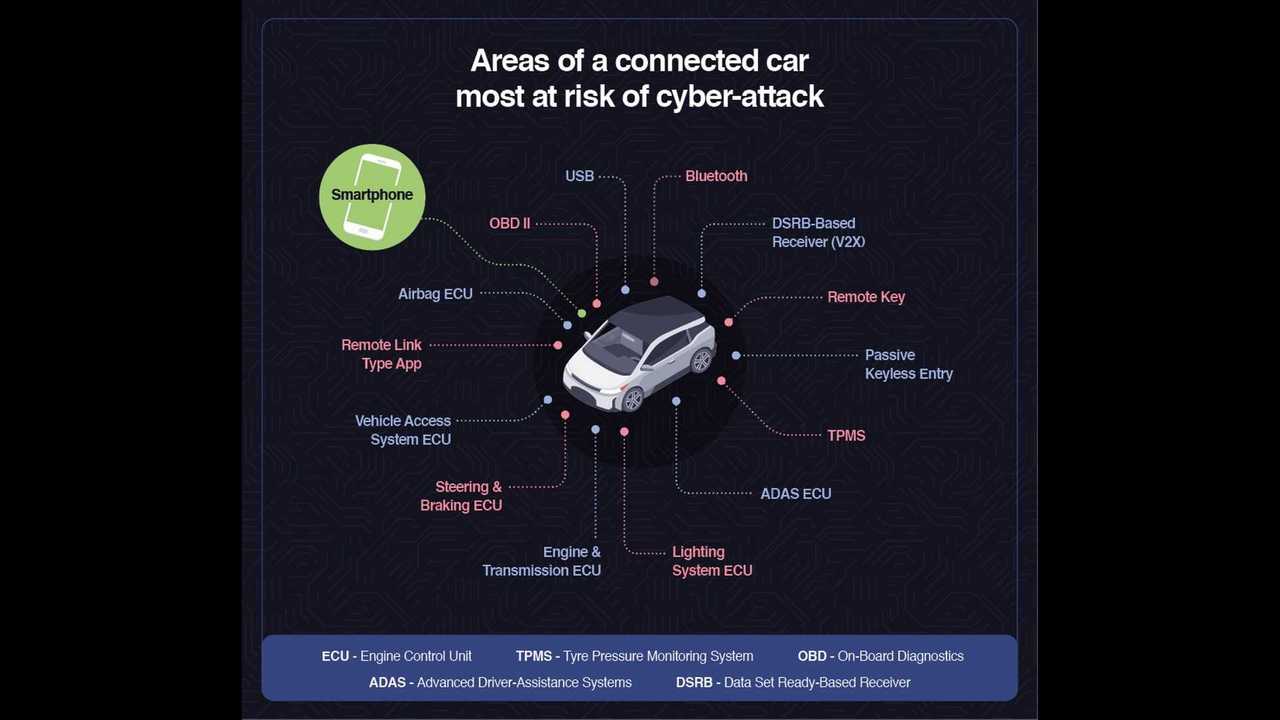 Being connected is enough for hackers to skim info from replaced computers on eBay.

While having a "computer on wheels" may sound avant-garde and practical, it also brings a new concern to the table of automotive worries. Although hacking is something old when it relates to computers that don't move, people have no idea what that could cause in vehicles. Cars are still apparently safe from being totally and physically controlled by criminal minds – at least until level 4 autonomy is available – but the personal data stored in them is at stake. That is what an article from Uswitch revealed in the UK.

According to the British comparison website, 67 percent of all new cars in the UK are connected. That implies they are vulnerable to some sort of cyberattack in multiple ways. Not by chance.

A standard connected car uses more lines of code than a Boeing 787: about 6.5 million lines. The computer on wheels has an average of 100 million lines of code. That amount of coding makes any change tough to verify. These changes may be all a hacker needs to invade a computer and steal the information they want from these machines.

Gallery: Have A Computers On Wheels? Beware Of Personal Data Hacking

In the past, most hackers needed a physical connection to a car to perform any sort of change to that code or the vehicle's functions and operations. Some buy replaced computers on eBay. Anyway, widespread internet connection made that much easier for them.

Some of the vulnerabilities shown below still need a physical connection, but most can be overcome by those OBD dongles with Bluetooth access, for example. If you use one of those, remember not to let it connected all the time.

Two other "access gates" are keyless systems and your smartphone. On March 9, we have already told you Thatcham Research showed how vulnerable some cars are when it relates to remotely opening and starting them.

Uswitch makes many recommendations to avoid putting your data and your car in danger, such as using fob blockers, downloading only trustworthy apps to your cell phone, and some more you should check on the original article.