AUTO BILD asks, "Can volts outrun pistons on track?" There's only one way to find out.

The Porsche Taycan Turbo S and BMW M8 Gran Coupe are both incredible cars in many ways. In fact, both are arguably driver's cars, but not exactly in the same context. While both cars are performance-oriented and handle well, the Taycan's suspension was designed with agility in mind. The Bimmer won't disappoint around curves, but it leans more toward ride comfort. With all of that said, we're rooting for the Taycan, of course, since the M8 burns fossil fuel.

Both the all-electric Porsche and gas-powered BMW crank out 625 horsepower to the wheels, though the Taycan can produce 761 horsepower during its launch control. The Porsche is almost 900 pounds heavier, though, due to its large battery pack. On the flip side, the pack also works to give the Taycan a low and even center of gravity. Clearly, all of this means very little until we actually get these bad boys out on the twisty track. 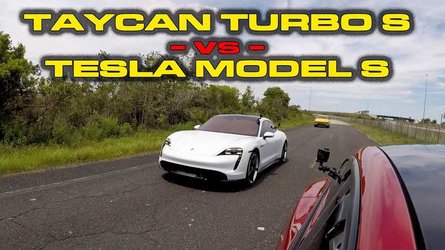 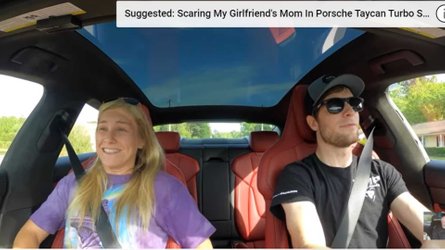 Reviewer: The Porsche Taycan Turbo S Is So Brutally Fast, It Actually Hurts
⠀ 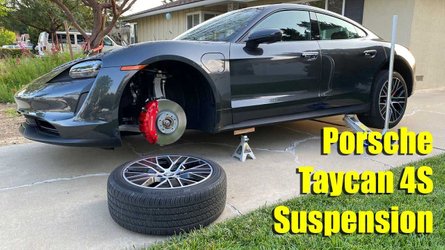 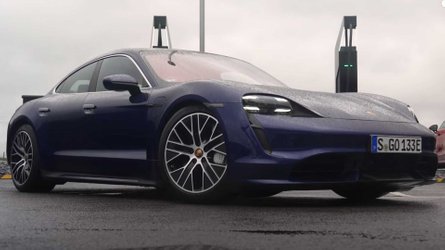 Porsche Taycan Turbo Is The Ultimate Driver's Car, But Will It Drift?

For comparison, the Porsche Taycan Turbo S carries a starting price of $185,000. The BMW M8 Gran Coupe can be had for some $130,000. Check out the video to see which car wins this epic track battle. Then, start some conversation in our comment section below.

EN: We start the videos to the new issue with the main comparison-test between the BMW M8 Competition Gran Coupé and the Porsche Taycan Turbo S. Can the Porsche beat the BMW despite its 400 kg weight disadvantage? In terms of power, they match each other: Both can get 625 hp to the wheels. The Taycan only has its 761 hp during launch control. The shown lap of the Taycan is from the Supertest from issue 05/2020. You can get the full comparison-test in the new issue 06/2020 of Auto Bild Sportscars.