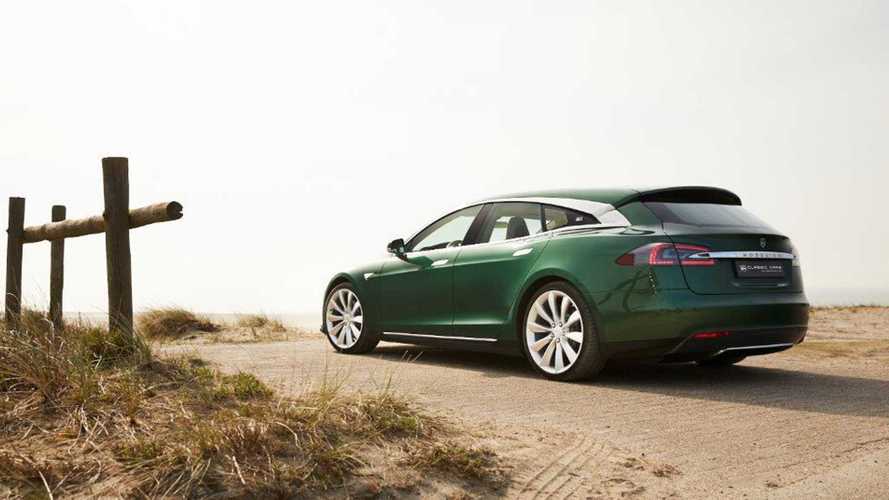 The price you are asked to pay for exclusivity...

While this custom Tesla Model S wagon may not be the only attempt at converting the Model S into a sexy load lugger, it’s certainly the coolest and most well made that we know of. We have covered it in the past, but now it’s up for sale for what seems like an obscenely large wad of cash given that it’s just a standard Model S with a modified rear end.

The car is currently listed on the JB Classic Cars website for €185,555 ($203,700) sans VAT. That is a lot of money, and even though I’m sure most of the people reading this would fancy owning the car, few would actually take the plunge and pay twice what the Model S P85 on which it’s based was originally worth (even if they had the money to do so).

It was created some two years ago by RemetzCar, a Dutch company specializing in stretching luxury cars and whose previous claim to fame on the electric vehicle scene was the creation of a Model S hearse. The man who commissioned it is a car collector by the name of Floris de Raadt who is also from the Netherlands.

The car itself is actually much older, it was first registered in December of 2013, and it actually had its final assembly at Tesla’s facility in the Dutch town of Tilburg. However, this wagon variant (or shooting brake as it’s sometimes referred to) is a proper coach-built vehicle that pulls one key trick - it looks as if it could have been made by Tesla.

All the lines flow nicely and unless you’re into cars, you wouldn’t really suspect it’s actually a one-off. But those who do know cars will immediately spot (and appreciate it). And aside from the obvious work done to the rear end, it also features the revised 2016 front end design, the unique green paint that’s complimented by green accents inside and it can be Supercharged.

So while this Model SB (short for shooting brake) is certainly expensive and not for everybody, with the modifications it has undergone (and the quality of work behind them), it can certainly justify how much is being asked for it. It’s subtle enough to not attract attention, but will immediately be spotted by connoisseurs and, at the end of the day, it’s still a Model S, the car that kickstarted today’s accelerated development of electric vehicles.