Tesla Octovalve Is The Video Sandy Munro Has Not Captured Yet 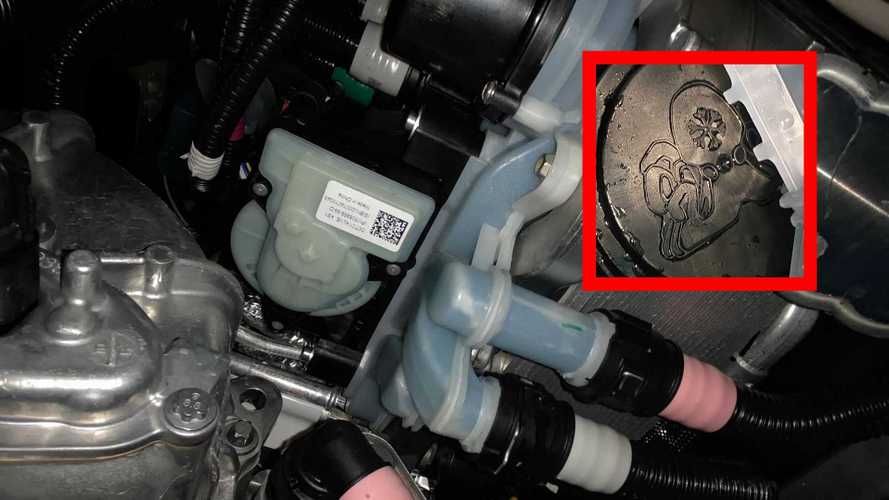 MunroLive.com has only taken pictures of the new cooling weapon from Tesla.

The Tesla Model Y teardown Munro & Associates is promoting has revealed some exciting surprises so far. One of them, the “gigantic aluminum casting” on the rear, was already expected. The "aluminum rear crush plate" was named like that by Munro because he had never seen one before. We’re still waiting for the wiring harnesses, even if the ones on the most recent video from the MunroLive YouTube channel did not impress us so far. Anyway, there is something Sandy Munro already found and did not tell us about in any video: the Octovalve.

While the Superbottle was the heart of the Tesla Model 3 thermal management system, the Octovalve seems to play the same role for the Model Y. And the similarities go beyond the level of innovation these parts represent.

While the Superbottle had an icon of a bottle with a cape, arms, and legs – where’s the underwear over the pants? – the Octovalve Easter Egg shows an octopus with a cooling symbol in its head.

In what aspects is the Octovalve different from the Superbottle? The former is probably an evolution of the latter in the sense that it has more “arms” to handle more equipment, so to speak. Perhaps it has to do with the fact that the Model Y is the first Tesla to have a heat pump. It may also be something else entirely.

Gallery: Tesla Octovalve: The Video Sandy Munro Is Yet To Shoot On Model Y Teadown Process

At this point, the only ones able to answer anything about that would be Tesla and Sandy Munro. Considering Tesla does not reply to any of ours or seemingly any other media outlets' requests for information, we will probably have to wait on Munro’s video about the Octovalve to know for sure what it does and how Tesla managed to make it work.

As Alex Roy said a while ago, this is the spirit of innovation that makes Tesla vehicles so interesting. We’re sure Munro will find even more stuff to reveal in the next few days.